Newborn taken away from Bathinda hospital : The Tribune India 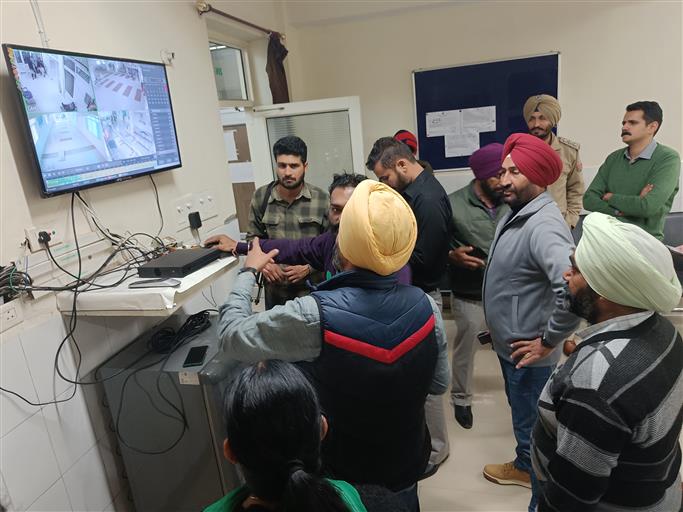 In a major lapse, an unidentified girl posing as a nurse has allegedly stolen a newborn child of a migrant woman from the Civil Hospital here on Sunday.

As per information, Babli Rani (25) of Etawah in Uttar Pradesh, at present staying at Pratap Nagar here, was admitted to Women and Child Care Hospital of the Civil Hospital after labour pain. On December 1, a boy was born to her. The woman and the child were kept admitted in the hospital for recovery.

Around 1 pm today, a girl wearing nurse’s uniform came to Babli and told her that her child had to be taken to the vaccination ward.

At this time, Babli’s niece Muskan was present with her. Babli told Muskan to go along with the nurse to get her child vaccinated. On the way to the vaccination ward, the unidentified girl told Muskaan to get Babli’s Aadhaar card. When Muskaan came back, the girl was missing.

CCTV footage revealed that the said girl was accompanied by a woman, who was also in a nurse’s uniform and had covered her face with a mask. The duo had been doing recce outside the SMO office. The woman and the girl removed the nurse’s uniform as soon as they exited the hospital premises and left in plain clothes.

It is also being told that the woman who accompanied the girl had visited the hospital the previous day and was seen roaming in the mother-child ward. The woman also talked to the patients and inquired which women had delivered boys.

When the kin of some of the patients interrupted her, she told them she was looking for her relative who had been admitted to the same ward.

SMO Dr Satish Jindal said he had filed a complaint and provided the CCTV footage to the police in this regard.