Many functions cancelled in Jan, Dec as curbs enforced 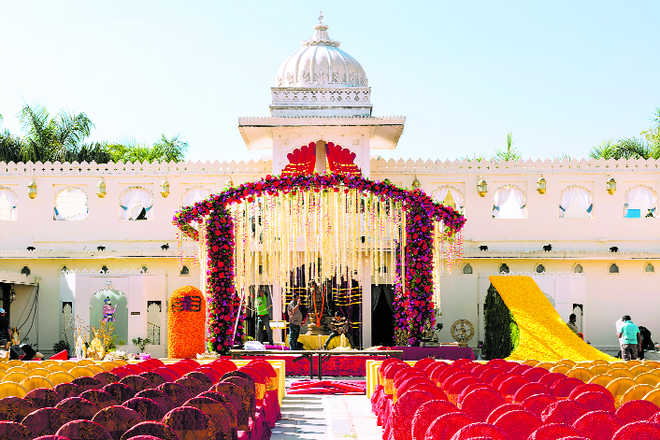 The re-imposition of night curfew in the state from December 1, following a spike in Covid-19 cases, has again hit the Punjabi wedding industry. Over 1,000 wedding functions scheduled in December and January have been cancelled, postponed or are being rescheduled with a limited guest list and time-frame.

The Marriage Palace Association said it had suffered huge losses due to the cancellation or postponement of functions during March-April season and now, with the fresh set of restrictions and resulting cancellations, they would again have to cut down on manpower. “This will eventually lead to more job losses as limited guests mean less men needed,” a stakeholder said.

The pandemic outbreak has already hit the wedding industry hard, including caterers, vendors, wedding planners, flower decorators and owners of marriage palaces. The restrictions and lockdown in March had caused them losses worth lakhs while some had even lost their jobs or business altogether.

Amid the grim Covid situation in Delhi-NCR and apprehensions of a second wave in Punjab, Chief Minister Capt Amarinder Singh had last week ordered a series of fresh restrictions in Punjab, including re-imposition of night curfew in all towns and cities as well as doubling of fine for not wearing masks or following social distancing norms, with effect from December 1. The curbs, which shall be reviewed on December 15, also restrict opening timings of all hotels, restaurants and marriage palaces till 9.30 pm. Night curfew will remain in force from 10 pm and 5 am, the CM had announced.

Jaideep Narula, a wedding planner, said: “I had reservations for 16 functions till February, but now, barring three clients, all want a refund or want us to hold the advance payment till January.”