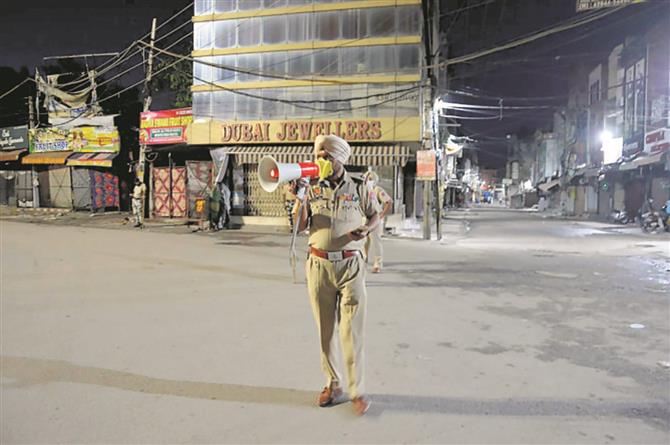 With Punjab witnessing a steady rise in Covid cases over the past two weeks, a night curfew was imposed in four Doaba districts of Jalandhar, SBS Nagar, Hoshiarpur and Kapurthala on Saturday.

The development came on a day the Centre rushed high-level teams to Punjab and Maharashtra and told eight states witnessing high Covid positivity rate, including Haryana and Himachal Pradesh, to escalate testing and tracking.

Sixtythree districts in eight states and UTs — 15 in Haryana, 10 each in Andhra Pradesh and Odisha, nine each in Himachal Pradesh and Delhi, seven in Uttarakhand, two in Goa and one in Chandigarh — have been reporting high positivity and high daily active cases.

The night curfew orders were issued after Punjab Chief Secretary Vini Mahajan and Director General of Police Dinkar Gupta held a meeting to review the Covid situation with all DCs, district police chiefs and civil surgeons through a video-conference. 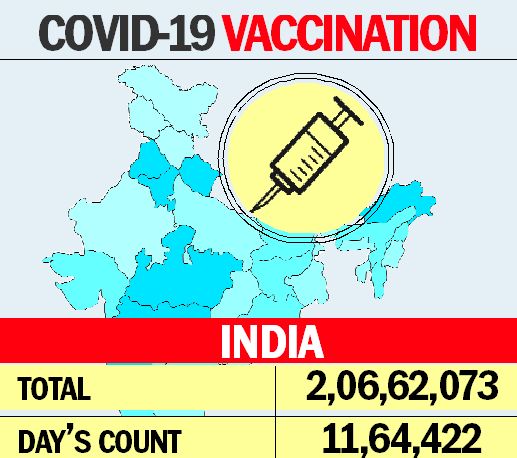 The curfew will remain in place from 11 pm to 5 am, though there will be relaxation for workers or staff working in factories that run on 24-hour shifts and also in cases of medical emergency. The orders will not be applicable on people returning after travelling in buses, trains or flights.

Last month, the Punjab Government had authorised DCs to impose the night curfew in Covid hotspots, if needed.

The Punjab team is led by SK Singh, Director, National Centre for Disease Control. “The teams will visit the states immediately and go to hotspot areas to ascertain further reasons for the surge. They will also brief the Chief Secretary and Secretary (health) on their observations and flag remedial measures,” the government said. Maharashtra, Tamil Nadu, Punjab, Madhya Pradesh, Delhi, Gujarat, Haryana and Karnataka continued to see a rise in daily cases, taking the active caseload nationally to 1,80,304 today. The active cases have remained above 1.70 lakh for the fourth day and crossed 1.80 lakh for the first time since December last. The daily deaths also remained above 100 (108) for the second day today.

In a virtual conference with health secretaries of these eight states, Union Health Secretary Rajesh Bhushan advised aggressive testing, tracking and treating. He asked the states to follow at least 20 contacts of every positive case. The states were asked to speed up vaccination and raise the share of RT-PCR tests in districts dependent on high levels of antigen testing.

Meanwhile, the teams that recently returned from Maharashtra and Punjab have flagged inappropriate Covid behaviour due to lack of fear of disease, pandemic fatigue; miss-outs (due to false negative antigen reports), super-spreaders; enhanced aggregations due to recent gram panchayat and local body elections and marriage season as principal factors behind the surge.