‘I did not go alone to meet Tomar. At least 10 members of our ‘fauj’ were with me’ 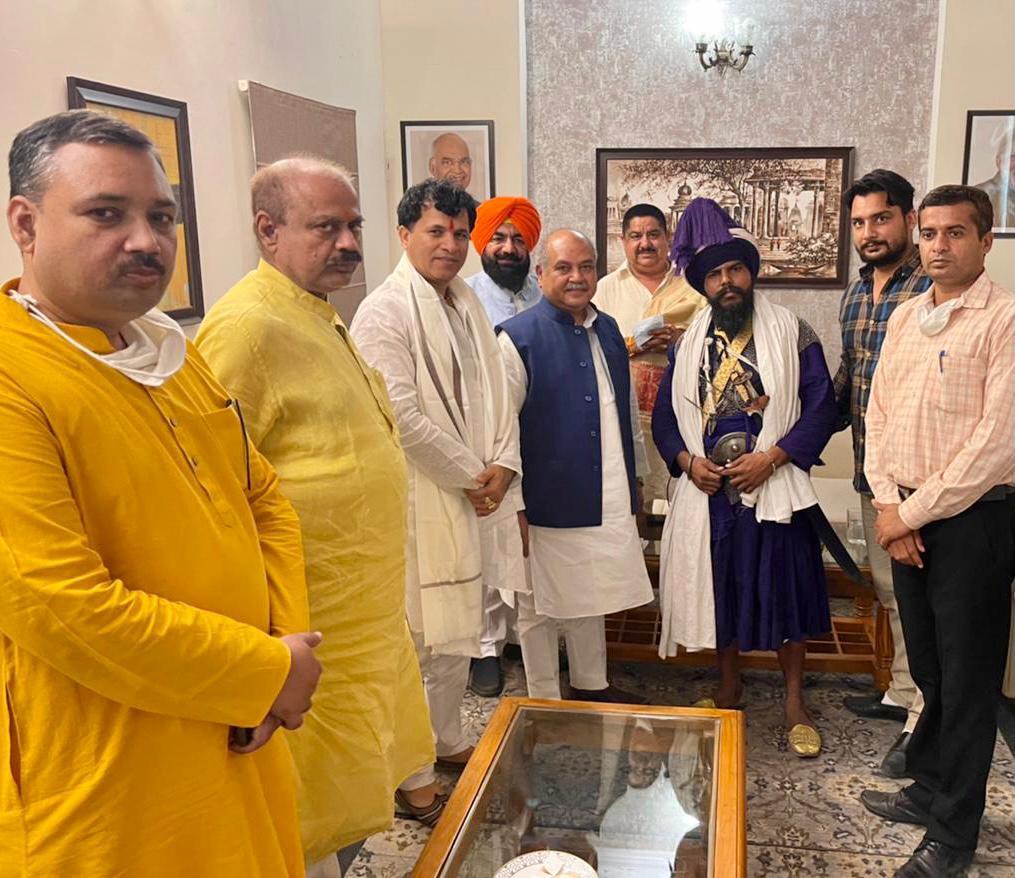 Nihang Baba Aman Singh, who had a secret meeting with BJP leaders, including Union Agriculture Minister Narendra Tomar, has claimed that he was allegedly offered Rs 10 lakh cash and horses for vacating the Singhu border dharna site.

Also read: Nihang chief Baba Aman Singh may have been part of efforts to end stir

“We made four demands, withdrawal of farm laws, MSP guarantee, justice in sacrilege cases occurring in Punjab since 2015 and withdrawal of cases against us. We told them we will lift the dharna only when our demands are met. We rejected the money offer. We even wrote letters to the President and the Prime Minister regarding our demands," he said.

On whether they discussed the meeting with farmer leaders, the Nihang Baba said they "didn't need to talk to farmers". “I did not go alone to meet Tomar. At least 10 members of our ‘fauj’ were with me," he said.

The report, published in The Tribune on Tuesday, has caused a storm with questions being raised over the meeting. Four members of the Nihang group have been arrested since Friday for the barbaric murder of Lakhbir Singh, who was accused of committing sacrilege.

He also said that senior functionaries of the sect will meet on October 27 in New Delhi to decide whether to continue dharna at Singhu border or not. “If the sangat wants us to leave, we will,” he said.

Besides Tomar, Union Minister of State for Agriculture and Farmers Welfare Kailash Chaudhary was present at the meeting. The Baba said they were fighting a religious war for justice in the sacrilege incidents and not sitting on dharna for the farmers.

In response to the queries on the purpose of the meeting and the presence of a murder convict and dismissed cop Gurmeet Singh Pinki, the Nihang Baba said everything would be cleared to the ‘sangat’ in next few days.

“For us, the fight for our religion is supreme and then comes the farmers' issue,” he said.

Randeep Singh Surjewala, national spokesperson of the Indian National Congress, and Punjab Congress ex-chief Sunil Jakhar have sought high-level investigation into the meetings between the Nihang leader and the BJP leaders.

Jakhar quipped that a man was known by the company he kept. He was referring to the reports that dismissed cop Pinki was present at the meeting with the BJP leaders.