No admn nod, yet cattle market in Maur reopens : The Tribune India

No admn nod, yet cattle market in Maur reopens 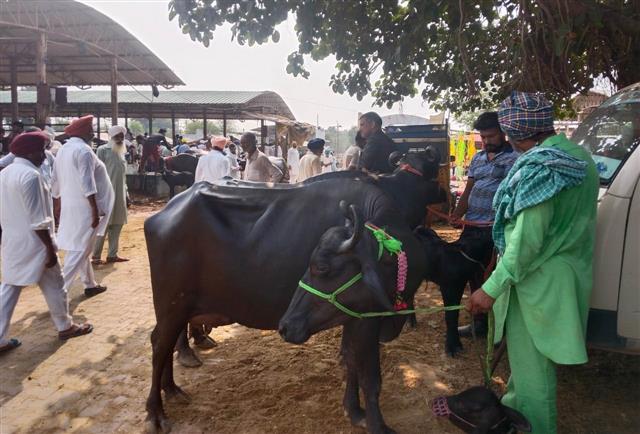 People at the cattle market at Maur in Bathinda on Tuesday.

Notably, DC Showkat Ahmad Parray, in the wake of LSD cases, had issued directions on Monday that cattle markets must not be opened till further orders. There has been no official notification from the state government on re-opening of cattle markets in the state.

Farmers, under the banner of Punjab Kisan Union, along with cattle traders, transporters and agents had raised the demand to resume work in cattle markets stating that the LSD cases had come down significantly.

They also mentioned that neighbouring states Haryana and Rajasthan had re-opened their markets.

Around 800 animals were brought to the Maur cattle market and out of these, 350 were sold. The market opens on 20th of every month.

Parray said, “We have given specific orders that no cattle market must be opened until further notice. We had specially directed those managing the affairs at the Maur cattle market. If the market was opened, then I will get it verified and action will be taken accordingly.”