300 units of free power per month, plan to be rolled out on July 1 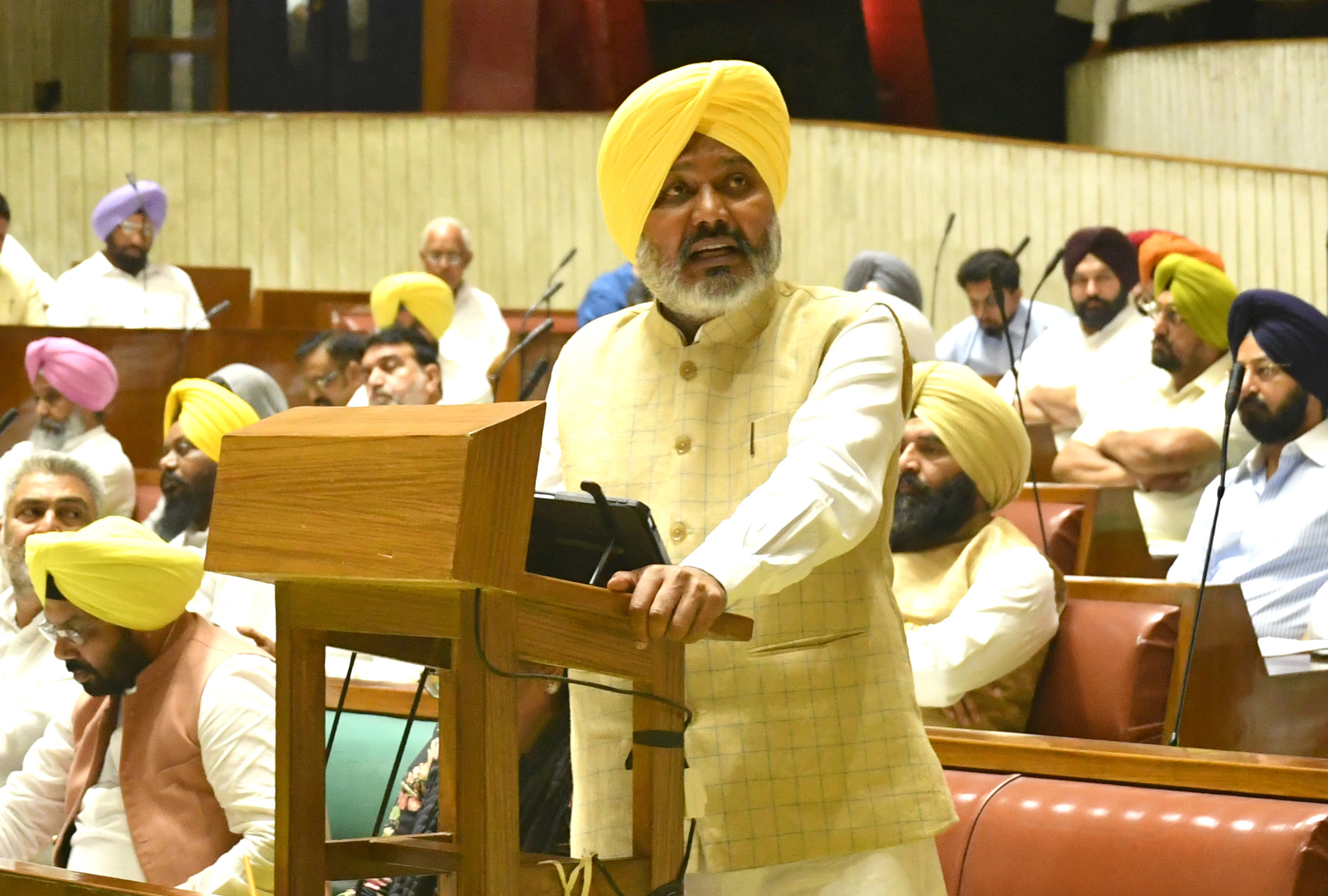 No new taxes have been imposed by the Aam Aadmi Party government on Punjab in its maiden Budget presented in the Vidhan Sabha today.

* Budget allocation for school and higher education increased by 16.2%, for technical education by 48%

* A sum of Rs 200 crore has also been set aside for cash-starved Punjabi University, Patiala

To fulfil some of the major poll promises made by it earlier this year, the state government will provide all households 300 units of free power each month from July, and bring in better facilities in government schools and healthcare units.

We are looking at increasing non-tax revenue by 11 per cent. Fiscal consolidation will be our mantra, as will be plugging loopholes in tax net. We will invest in high-quality capex creation. A tax intelligence unit is proposed to catch tax evaders. — Finance Minister

Also on the cards are 100 Schools of Eminence, 117 mohalla clinics, 16 medical colleges, an entrepreneur programme for Class XI students, scholarship scheme for general category students in universities, recruitment for 24,454 government posts, regularisation of 36,000 contractual employees and construction of 25,000 houses for poor.

The recruitment drive and the entrepreneur programme, where one-time seed money of Rs 2,000 per student will be given, are aimed at stopping brain drain.

Agriculture has got a major thrust with the government reiterating its commitment to provide free power to farmers, besides its already announced initiatives for direct seeding of rice, moong cultivation and its procurement at MSP. The government also proposes to do the relining of two major irrigation canals — Sirhind feeder and Rajasthan feeder — by spending Rs 780 crore this year. Cheema, while presenting his Budget of Rs 1,55,859.78 crore — over 14 per cent higher than last year — said his “Janata Budget” in spite of fiscal constraints had something for almost all sections of society. This fiscal, Punjab will earn Rs 95,378.28 crore (an increase of 17.08 per cent over last year) against an expenditure of Rs 1,55,859.78 crore.

This translates into a revenue deficit of Rs 12,553.80 crore. This year, the state will again be raising a loan of Rs 35,050.99 crore. Of this loan, Rs 15,946.37 crore will be spent on repayment of public debt. Since no new taxes are being imposed, Cheema told The Tribune that revenue augmentation would be done through excise collections, which will see an increase of 56 per cent this year, and the GST collection (expected to go up by 27 per cent over 2021-22).

“We are also looking at increasing the non-tax revenue by 11 per cent. Fiscal consolidation will be our mantra, as will be plugging loopholes in the tax net. We will invest in high-quality capex creation. A tax intelligence unit is proposed to catch tax evaders. The Budget also has provisions for fiscal risk management,” he said. The allocation for the school and higher education sector has been increased by 16.27 per cent and for technical education by 48 per cent, said Cheema. A sum of Rs 200 crore alone has been reserved for setting up 100 Schools of Eminence. Facilities in libraries at Tarn Taran, Barnala, Ludhiana, Fazilka, Malerkotla, Moga, Pathankot, Muktsar and Nawanshahr will be upgraded. A sum of Rs 200 crore has also been set aside for Punjabi University, Patiala.

Replicating the Delhi model of mohalla clinics, Cheema said 75 of these would be made operational by August 15, while a total of 117 would be set up during this fiscal. A sum of Rs 77 crore had been reserved for the same.

Cheema also announced the setting up of two new super-speciality hospitals at Patiala and Faridkot over the next two years. For both maintenance and upkeep of infrastructure in health and education sectors, estate management units would be established.

The most important announcement, however, remained the supply of 300 units of free power per month. “We have made a budgetary allocation of Rs 1,800 crore to roll out this key pre-poll promise from July 1,” said the FM, adding that finer details of the rollout of the scheme would be announced soon. While Rs 6,947 crore would be given as power subsidy to farmers, the total power subsidy bill of the state government this year would be Rs 15,845.89 crore.

Budget silent on giving Rs 1,000 to each woman