No funds for rodenticides, Bathinda farmers stare at crop loss : The Tribune India

No funds for rodenticides, Bathinda farmers stare at crop loss 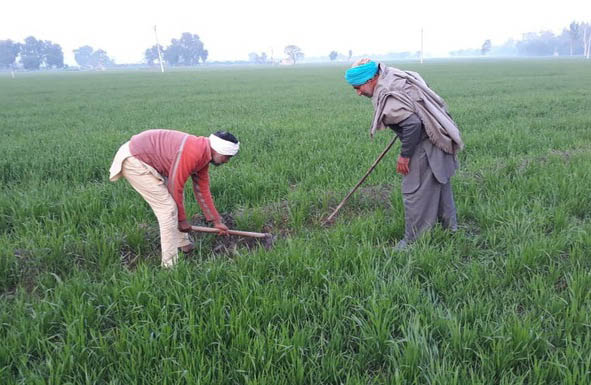 The Agriculture Department has not provided rodenticides to the farmers in the past two years. As a result, the paddy planted through the DSR method, wheat and sugarcane crop has suffered substantial damage to due to the rodents (rats).

According to experts, rodents cause more damage to wheat and sugarcane as compared to the paddy crop (DSR technique).

Will resolve the matter

Earlier, we used to get funds for providing rodenticides to the farmers. We have not received any money in the past few years. We will try to resolve the issue on a priority basis. — Dilbagh Singh, CAO, Bathinda

Harwinder Pal of Goniana said, “As the department has not provided rodenticides, we have to kill rats manually post harvest. It’s a time consuming task.”

Another farmer from Talwandi said, “Last year, rats had caused substantial damage to my wheat crop and there were more than 15 to 20 burrows per acre. The department must take the rodent problem seriously and provide rodenticides.”

Bathinda Chief Agriculture Officer Dilbagh Singh said they had not received funds from the state government to provide rodenticides to the farmers in the past couple of years.

Pritpal Singh of Lakhi Jungle village said, “Rats have damaged my paddy crop sown via DSR technique. Even the basmati crop, where water-level is less, has been damaged. We opted for the DSR technique on the recommendations of the government. The rodents make burrows under the stubble.”

Dr Neena Singla of Punjab Agriculture University said, “Rats can damage five to seven per cent of the wheat crop and 15 to 20 per cent of the sugarcane crop. Rats are often found more in the fields adjoining roads, railway tracks, canals and forest areas. Apart from using rodenticides, farmers must go for burrow baiting when the fields are empty, remove excessive weed and use traps.”