No NOC for former Punjab ADGP’s farmhouse, but nod to eco-tourism project : The Tribune India 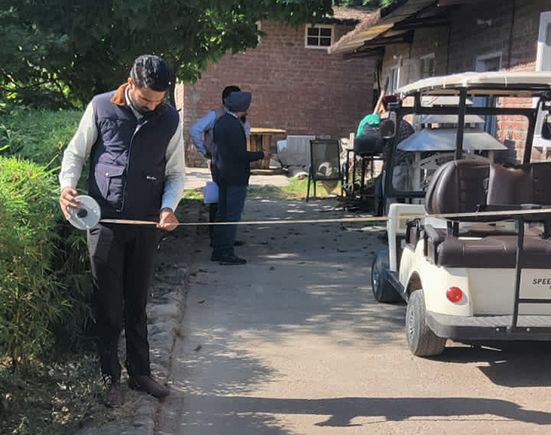 The Vigilance raid at the farmhouse of former Punjab Police ADGP Rakesh Chandra has brought to light the lack of coordination among Forest Department officials over the issue of regulating farmhouses in forest areas delisted from the Punjab Land Preservation Act (PLPA), 1900.

On Vigilance seeking clarification from the department on the former cop’s farm house, Divisional Forest Officer, Mohali, said no NOC for the farmhouse had been given by his office.

The retired cop, however, was issued permission under the eco-tourism project in June this year by Harsh Kumar, an IFS officer working as CCF (Hills) also.

“Eco-tourism is allowed as per approved management plans of various forest divisions and after following instructions on scientific mapping and calculating carrying capacity. The Government of India has listed eco-tourism as forest activity since 2018,” he said.

Kumar has been holding the charge of CCF on being given stay from the Central Administrative Tribunal (CAT) on his transfer orders.

Of the 10 acres, over 7 acres is covered under the Forest Conservation Act, 1980, and the PLPA. The remaining is delisted forest land.

The condition of the eco-tourism permission for the land locked under the Forest Conservation Act and PLPA stipulated that no breaking or cleaning of the land and construction of permanent structures was allowed.

The Forest Department has been claiming that the responsibility of checking illegal construction in forest areas that have been delisted from the PLPA was with GMADA.

“In the area delisted under the PLPA, the Forest Conservation Act continues to be applied,” a senior forest officer said. Principal Chief Conservator of Forests (HoFF) RK Mishra said the issue was being looked in to.