Will hold time-bound probe once in power, says Sukhbir Badal 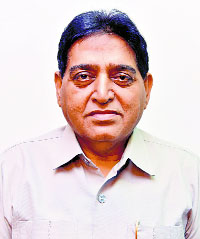 Terming the allegations of scam in the auction of industrial land in Mohali absurd and baseless, Industries Minister Sunder Sham Arora on Thursday said the ownership and possession of the property, which was allotted to JCT Electronics Ltd, now liquidated, still vested with ARCIL.

No financial loss has been caused to the state. Also, there is no role of Punjab Government in the e-auction, which was carried out by an agency registered with the RBI. - Sunder Sham Arora, Industries Minister

Training his guns on the Opposition, especially the SAD and AAP, Arora said the allegations based on unfounded facts reflected their desperation to stay politically relevant.

The auction of the plot was conducted by Assets Reconstruction Corporation of India Ltd (ARCIL) in February 2020. The allottee, JCT Electronics Ltd, had become a defaulter as a consequence of which it went into liquidation. Ordering the winding up of the company, the Punjab and Haryana High Court appointed an official liquidator to take over the assets.

He said ARCIL had then taken over the possession of the said property and made attempts to monetise the assets. The minimum bid price of Rs 105 crore for the plot received no response in the first e-auction held in December 2018. Subsequently, the reserve price was reduced to Rs 95.50 crore and then to Rs. 90.50 crore. However, again no bids were received. The minister said ARCIL again conducted an open e-auction in February 2020 and sold the plot at the highest bid amount of Rs 90.56 crore to GRG Developers & Promoters in a transparent manner.

The minister refuted the allegation of causing any financial loss to the state government. “PSIEC has not issued the no-objection certificate for effecting the transfer of property in favor of the auction purchaser. PSIEC has categorically conveyed to ARCIL and auction purchaser that NOC will be provided only after the matter is decided by the Finance Department” — TNS