No special train to Varanasi 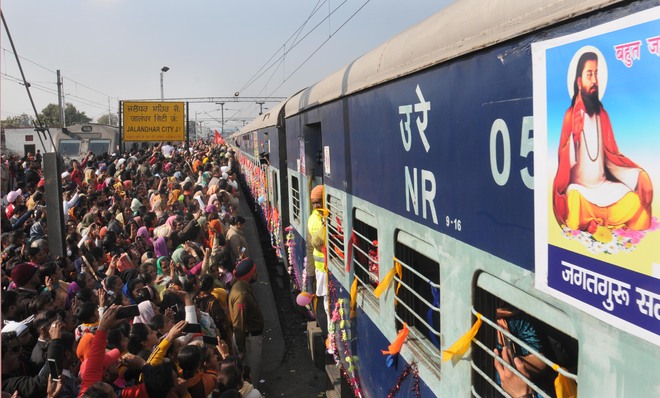 Even though just a week is left for Guru Ravidas Jayanti, there is no arrangement for special trains to reach Seer Govardhan Temple in Varanasi, the birth place of the revered guru, for the celebrations.

As many as 50,000 devotees from the Dalit-hub Doaba visit the holy shrine around this time each year through special trains and several routine passenger trains shuttling between Jalandhar and Varanasi. But this time, no such arrangement could be made possible for the auspicious day falling on February 27.

Seth Satpal Mal, a devout follower and one of the organisers of special trains, said, “This time, we could not get the special train owing to Covid. We had to apply for it two months before but we could not get a clearance. There are just one or two trains plying. So, the devotees have planned to leave by buses in two or three days or they will be taking their private vehicles.”

Dera Ballan head Sant Niranjan Dass is learnt to be leaving by air for Varanasi on February 21.