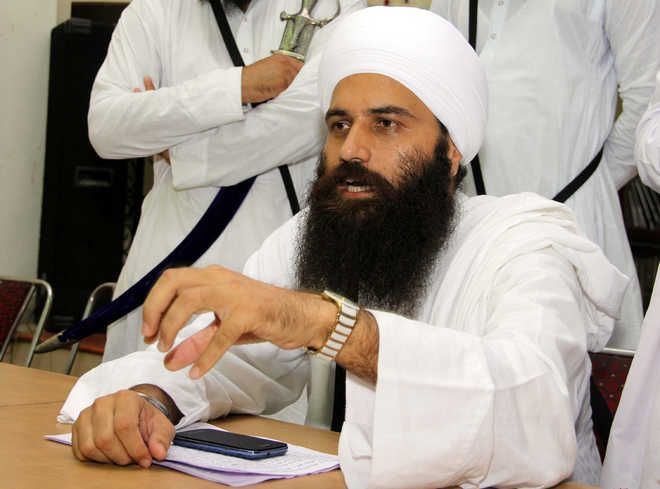 In a major relief to hundreds of employees serving in gurdwaras and health and educational institutions in Haryana, Haryana Sikh Gurdwara Management Committee (HSGMC) ad hoc president Baljit Singh Daduwal said the committee would not terminate the services of any SGPC-appointed employee, either belonging to Haryana or Punjab.

“They are our employees now and will continue to serve in their existing capacities and positions. The only change will be that after officially taking over the control of the institutes and gurdwaras from the SGPC, they will be under the administration of the HSGMC, which will be responsible for their emoluments and perks. I have already asked for the status report on this,” Daduwal said.

Meanwhile, SGPC president Harjinder Singh Dhami said the handing over the charge of gurdwaras and institutions would happen as per the law. “At present, the process is underway to file a review petition in the Supreme Court against this decision.”

We will fight for our rights

We will fight for our rights and expose the ‘Panth virodhi’ conspiracy as well as the ‘masands’ who have become willing partners to it. —SAD statement

There are 52 gurdwaras in Haryana. Of these, 48 are covered under Section 85 of the Sikh Gurdwara Act and are being run by the SGPC. These gurdwaras contribute around Rs 150 crore to the exchequer of the Sikh body.

Besides, the Miri Piri Institute of Medical Sciences and Research, Shahbad Markanda, and other schools and colleges, too, were established by the SGPC.