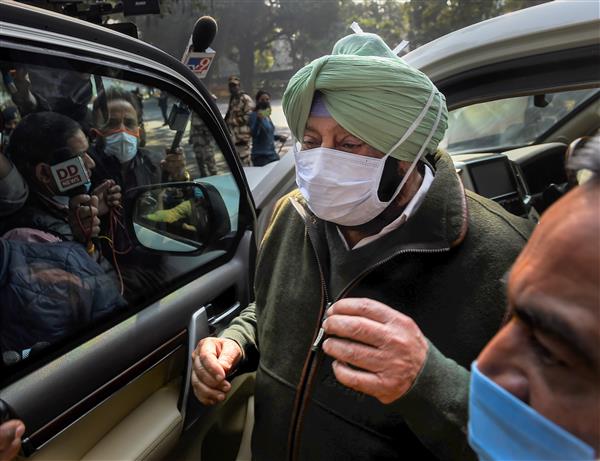 Punjab Chief Minister Amarinder Singh on Thursday lashed out at AAP for “misrepresenting” his statement in respect of the need to end the farmers’ protests in the interest of national security.

After AAP tweeted asking “What kind of pressure has Amit Shah exerted on Capt Amarinder Singh for him to go from ‘will resign for farmers’ to ‘farmers are a threat to the country’.”

Amarinder Singh retorted sharply saying, “You in AAP think everyone is anti-farmer like you. I never called farmers a threat to national security. My remarks were in context of prolonged stand-off which our hostile neighbours, whom the sons of these very farmers are fighting, can exploit.”