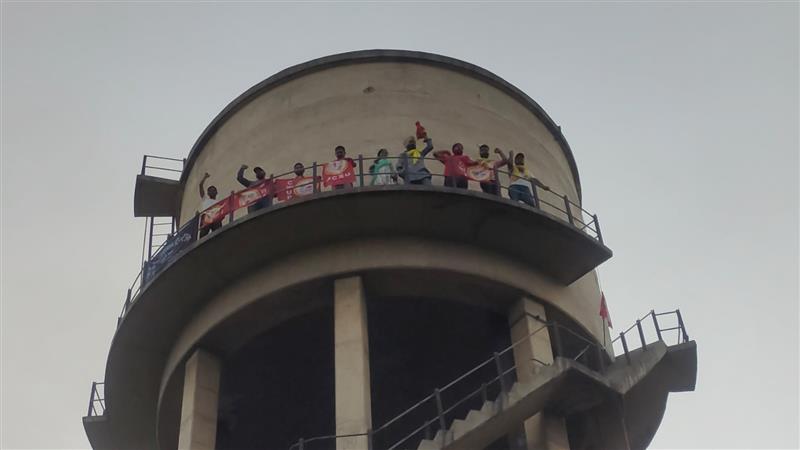 Demanding salary for August, 12 contractual employees of the Water Supply and Sanitation Department climbed atop the tank of main waterworks on Kotkapura Road here today.

The protesters included a woman too. Meanwhile, a large number of policemen were deployed there. Besides, a fire tender was stationed there. The protesters said the department had not released the salary of 138 contractual employees.

“Thus we were left with no other option, but to intensify our stir. We are lodging protest from September 5. When we spoke to the officers here, they simply say that they did not have the funds. We will continue our stir until the salary is released,” said Bikram Singh, an activist of the protesting employees.