Drug smuggler escapes from custody during visit to Patiala hospital : The Tribune India 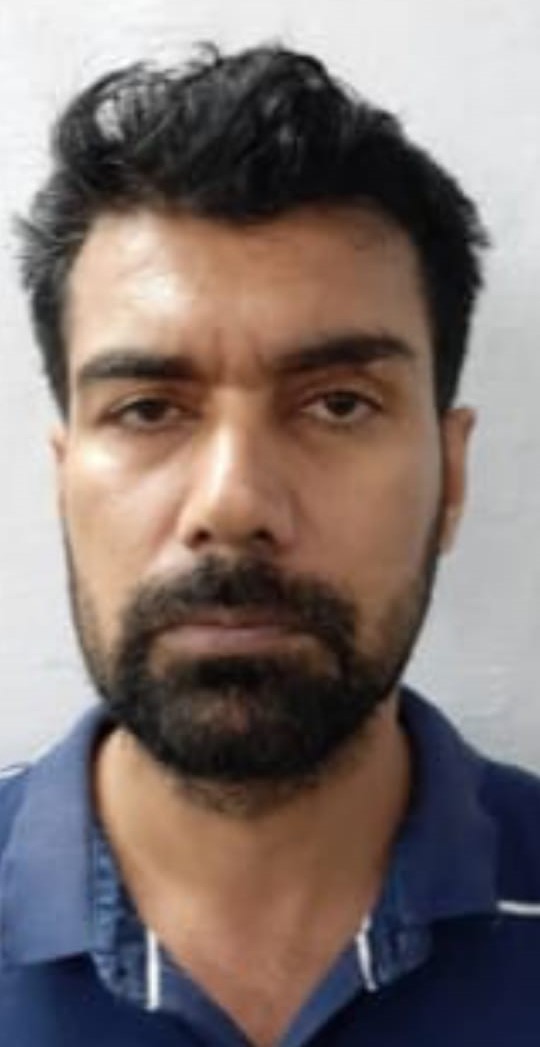 Amrik Singh, who escaped from the custody of Jail officials. Tribune Photo

Taking advantage of the laxity of jail officials, one of Punjab’s most-wanted drug smuggler, Amrik Singh, escaped from the Government Rajindra Hospital Patiala on Saturday evening. He was considered a vital link between cross-border heroin network and local drug dealers.

Amrik Singh, belonging to Dedhna village in Patiala, was facing at least seven cases under the IPC, NDPS Act and the Arms Act. Amrik was involved in drug smuggling since 2004. He was sentenced to 10 years of imprisonment in a poppy husk smuggling case by the District Courts, Patiala.

He was granted bail after spending five years in jail, when he was arrested in 2019. Once out, he was again arrested with heroine and weapon by the Patiala police after exchange of fire three months back. He is said to be the brother of proclaimed offender Avtar Singh, involved in the Jagdish Bhola drug case.

Police have started a manhunt to arrest him following his pivotal role in drug nexus spread across north India.

Patiala Jail superintendent Manjit Tiwana said that he has ordered preliminary enquiry against the two jail officials who accompanied him. “We will seek explanation if the local police was informed by the jail officer on duty and reasons as to why he was taken to hospital and for which ailment”, he said.