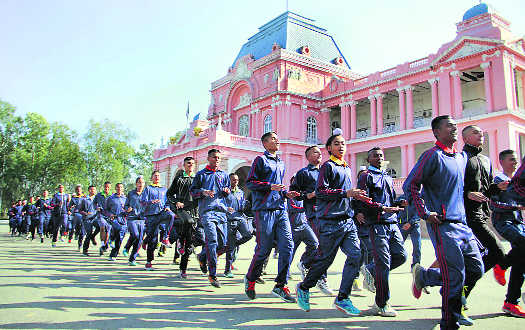 The Punjab Government will now take care of Sainik School, Kapurthala. In a release, Fauja Singh, Defence Services Welfare Minister, said the state government was fully committed to restoring the pristine glory of the institution, which was ignored in the past.

“The CM is taking personal interest in the transformation of schools and mitigating the problems being faced by these institutions,” said the minister. The school has produced many luminaries that have served the nation.

The Finance Department has been told to promptly release funds to repair the building of the school as sprucing the infrastructure of this institute was the need of the hour, the minister said.