Now, plant 10 saplings to get arms licence in Patiala 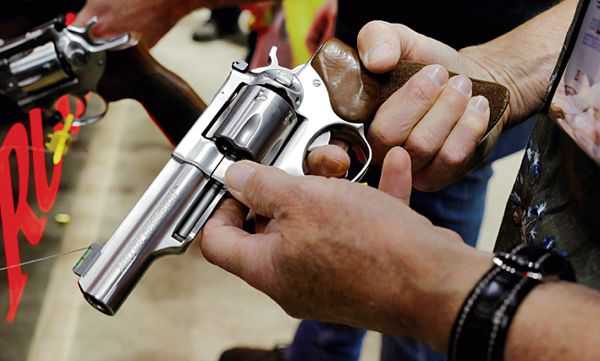 With a resolve to check land degradation and declining ground water levels in Punjab, and to ‘nudge’ Patiala residents to be part of fight against deforestation, Patiala Division Commissioner Chander Gaind has introduced a novel idea by putting a new condition for issuance of arms licence.

Terming this initiative as ‘Trees-For-Gun’, Commissioner Gaind said the idea was based on encouraging and nudging the people to plant more and more trees.

He said anyone desirous of getting a new arms licence will have to plant 10 saplings and five for renewal.

“One would have to submit a selfie with each planted sapling at the time of filing of the application. After one month, before marking the application for police clearance and dope test, the applicant would have to furnish the fresh status of the planted trees by submitting new selfies with the trees,” he said.

This way, he added, one would have to do this plantation compulsorily, which would help increase tree cover.

Member of Parliament Preneet Kaur, while appreciating the idea, appealed to the other districts to follow this initiative for the sake of environment.

Meanwhile, applicants said already the process is lengthy and cumbersome and authorities are adding conditions to it. “This is another way to harass residents who will have to visit the police and Suwidha centres many times to get a clearance. When we pay fees and get all tests done, the commissioner cannot impose on us to plant saplings. Self-defence is our right,” they said.