Obit-‘Sahitkaar’ who taught science in Punjabi 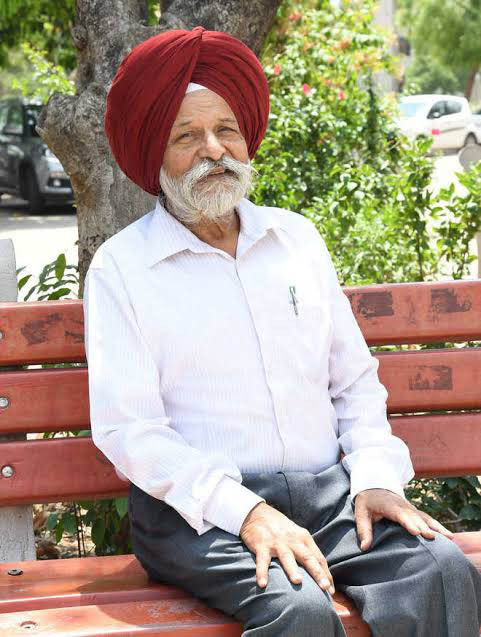 “Punjabi is the mother tongue of 120 million people inhabiting vast swathes of area all over the globe.” No wonder, the man who reminded us so in a book review in The Tribune, thought it was only befitting that science be taught in Punjabi. Eminent writer Kuldip Singh Dhir, who breathed his last on Friday night, practised what he preached. He not only wrote nearly 65 books on the expansive field of science but also taught the subject in Punjabi during his lectures at professional colleges and other institutes.

Writer of books such as ‘Taap Gati Vigyan Te Taap Engine’, ‘Padarth Samratha Vigyan’, ‘Udyogic Te Utpadan Engineery’ and ‘Bharti Atom Bomb Da Mahan Birtant’, Dhir never altered the terminology of scientific terms. For how could the theory of relativity be defined any other way? If he was devoted to the purity of his mother tongue, equally strong was his understanding of principles of science and technology. A ‘sahitkaar’ with a scientific temper, he was a prolific writer who wrote in English and Punjabi and contributed regularly to various newspapers as well.

Dr Jaspal Singh, secretary, Chandigarh Sahitya Akademy, says that Dhir’s biggest contribution was not merely the books written on science. “Sure he wrote both fact and fiction-based books on topics ranging from Big Bang Theory to black holes and even on Stephen Hawking but equally remarkable was Dhir’s grasp on Sikhism and Gurbani. He elucidated how Guru Nanak’s teachings were based on scientific principles. In fact, one of his latest books was ‘Nanak Ate Nawan Vigyan’.”

Inderjit Kaur Sandhu, former Vice Chancellor of Punjabi University, Patiala, opines, “In this book, he handled the world of science and metaphysics rather adroitly and gave a fresh perspective on Guru Nanak’s bani.”

A recipient of the Shiromani Punjabi Lekhak Award in 1999, Dhir served as the head of the Punjabi Department at Punjabi University in 1990 and retired as the Dean (Faculty), Languages, in 1999. Born on November 15, 1943 in Mandi Bahauddin, Punjab (now in Pakistan), his presence will be missed not only in Patiala — his home for many years — but also in literary circles. His writings will continue to bridge the world of imagination and tangible facts of science. The author who felt the need to interpret literature in a fresh manner himself lent new hues to it.