Officers have task cut out as farm fires likely to start early in Punjab : The Tribune India 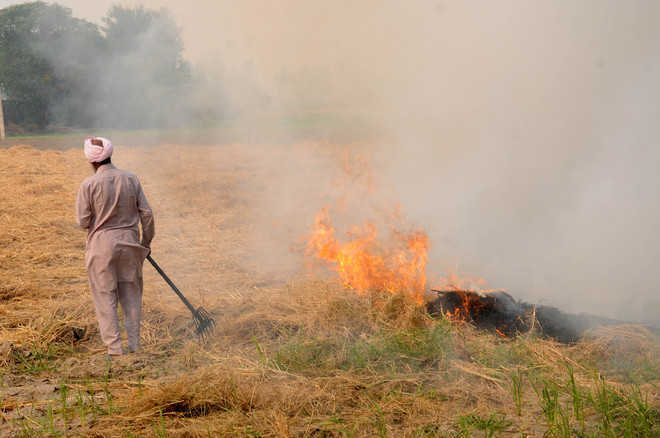 Farm fires, which usually start after paddy harvesting in the last week of September, are likely to set in by the middle of this month because the crop was sown a week before the official date.

This season, paddy was sown over 31.5 lakh hectares, from which more than 20 million tonnes of straw is expected to be generated.

More than 10,000 officers will be in the field to curb stubble burning.

The Punjab Pollution Control Board (PPCB), along with the Agriculture Department, will start monitoring air quality from September 15, though farm fire incidents rises by September-end or the first week of October.

Meanwhile, at least 65,000 farmers have applied for 32,100 subsidised in-situ crop residue management machines that are to be provided by the state government during kharif harvesting.

Experts say the cases may rise this year as farmers are angry over now-repealed agricultural laws and the state government not paying the Supreme-Court-ordered financial incentive.

In 2013, the National Green Tribunal had prohibited the burning of paddy straw, saying: “The guilty will be liable to pay an environmental compensation ranging from Rs 2,500 to 15,000 per incident.”

Farmers, however, continue to burn stubble in the absence of any strict action.

Karunesh Garg, PPCB member secretary, said: “The board is sensitising farmers not to burn stubble. More awareness and red entries in land records of erring farmers can reduce the cases this season.”

Between 2018-19 and 2020-21, the state received 76,626 machines under the Central Sector Scheme on Promotion of Agricultural Mechanisation for in-situ management of crop residue. It seems that machinery and awareness drives have failed to serve the purpose.

Despite best efforts, Punjab can manage only 50% of stubble, leaving no option for farmers but to burn it. Any action against farmers is challenged by unions. — Senior official