On average, protesting Punjab farmers who died in Delhi had 2.59 acres : The Tribune India

On average, protesting Punjab farmers who died in Delhi had 2.59 acres 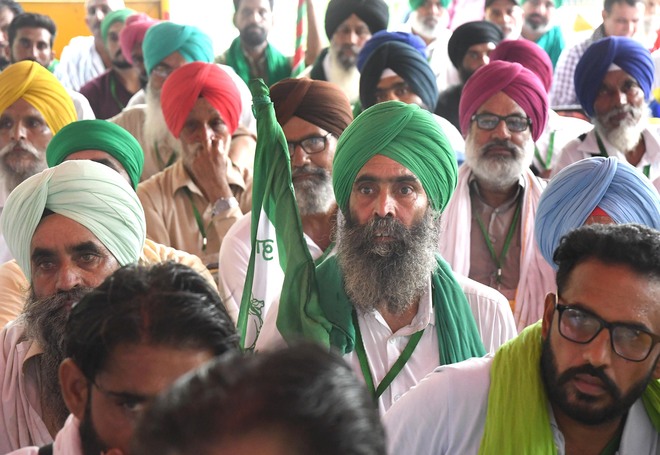 Amid charge by the ruling BJP at the Centre of “rich status” of farmers protesting at the Delhi border, it has come to light that a majority of around 600 protesters who have died there had small landholdings.

A study of the socio-economic profile of 460 farmers, who died while protesting at Delhi, by Dr Baldev Singh Shergill of Punjab University’s South Campus in Talwandi Sabo and former professor Lakhwinder Singh suggests their average landholding was less than three acres.

“We studied various aspects of the present farmers’ movement. However, while studying the socio-economic background of the deceased farmers, we found their average landholding was 2.59 acres. Most of them were landless and marginal farmers, who owned less than 2.5 acres,” said Dr Shergill. A study of region-wise breakup suggests an average landholding of 2.71 acres among farmers from Malwa; 2.63 acres from Doaba and just 2.43 acres from Majha regions. 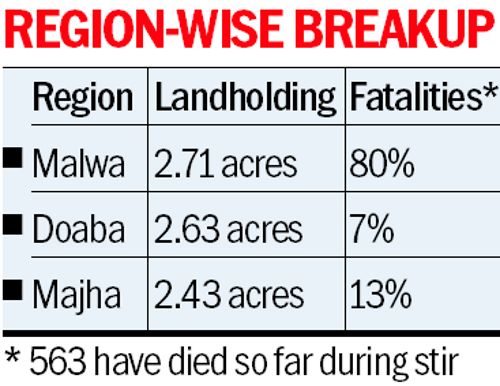 The protest, which started on November 26 last year, has been going on for the past 253 days and so far, 563 farmers and labourers have died.

In the recent past, several BJP leaders, including Union ministers, had alleged farmers sitting at the Delhi border were “rich, having a luxurious lifestyle”.

Farmer leader Rajinder Singh Deep Singhwala said the political leadership must “see the ground reality before commenting or they will be shown the reality by people in the elections”, he said.