Only Punjab had reported 4 deaths due to oxygen shortage during second Covid wave: Mandaviya 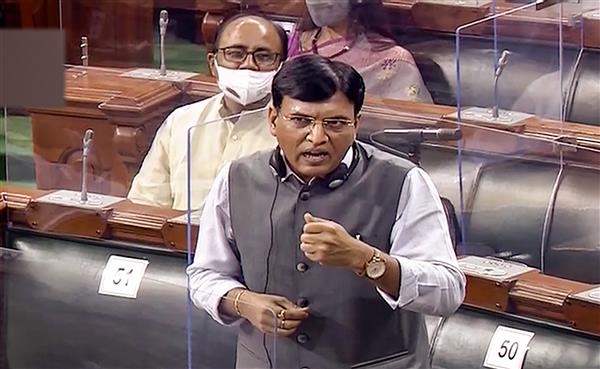 Union Health Minister Mansukh Mandaviya on Friday informed the Lok Sabha that Punjab had reported four deaths due to shortage of oxygen during the second wave of Covid pandemic.

Replying to a question during Question Hour in the Lower House, he said that the Centre had written to 19 states thrice seeking the data of the deaths caused due to the shortage of oxygen but only Punjab had reported.

The minister said there had been a lot of politics on 'shortage of oxygen'.

He said there was an average requirement of oxygen use of 1,400 MT in the country but during the second wave of coronavirus, the demand surged to 9,000 MT, which was an extraordinary situation.

But when the situation arose, the government took all possible measures to supply oxygen to every nook and corner of the country, Mandaviya said, adding that big empty containers were brought from abroad by the Indian Air Force and filled oxygen containers by the Indian Navy ships were pressed into the service to bring oxygen to the country and we made adequate supply to all hospitals.

The minister said the states should not refrain from providing proper data on Covid deaths. "We have repeatedly appealed to the states to provide data, and 19 states responded that there was no death reported due to shortage of oxygen.

"We have also asked the states to be prepared for further Covid waves and assured that there is no oxygen shortage this time as all oxygen plants are operating at full capacity," Mandaviya said.

The health minister informed the House that the Centre had allocated additional funds to each district hospital to prepare them for the next wave of the pandemic. IANS