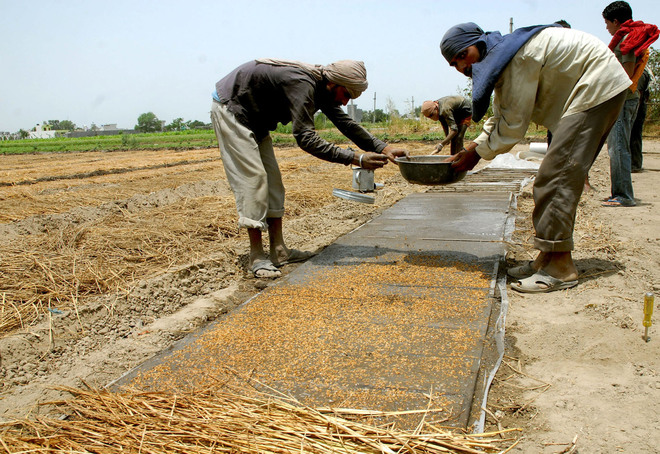 To meet the challenge of paucity of labour, the Agriculture Department and farm experts have advised farmers to modify happy seeders, zero till drills and other drill machines to sow paddy directly from June 1 onwards.

The government has asked the farmers to begin direct seeding of paddy from June 1 and transplantation of paddy seedlings from June 10 onwards.

Kahan Singh Pannu, Secretary, Agriculture, said two lakh machines used for sowing of wheat in the state could be modified and used to directly sow paddy.

He said the department had conducted experiments to modify the wheat sowing machines to sow paddy directly and were successful. “It costs Rs 1,500 to Rs 2,000 per unit to make them compatible for direct paddy sowing,” he said.

Dr Jaswinder Singh, a senior agro-scientist with the Agriculture Department, who is also working as a Plant Protection Officer in Moga district, said the basic objective behind modifying the wheat sowing machines was to reduce the seed distribution from 40 kg of wheat per acre toing to 8-9 kg of paddy, and to save the labour cost.

Some farmers were purchasing new machines, which costs between Rs70,000 and Rs1 lakh per unit, for direct sowing of paddy. The state government was giving a subsidy of 40 per cent on such machines, but for small and marginal farmers, it is still costly. “It’s better that the cooperative societies purchase the machines for the benefit of a larger group of farmers,” Dr Pannu said.

PAU, Ludhiana, in collaboration with the state Agriculture Department is developing a machine for direct seeding of rice, for which 175 units involved in manufacturing agricultural implements have been roped in.— TNS