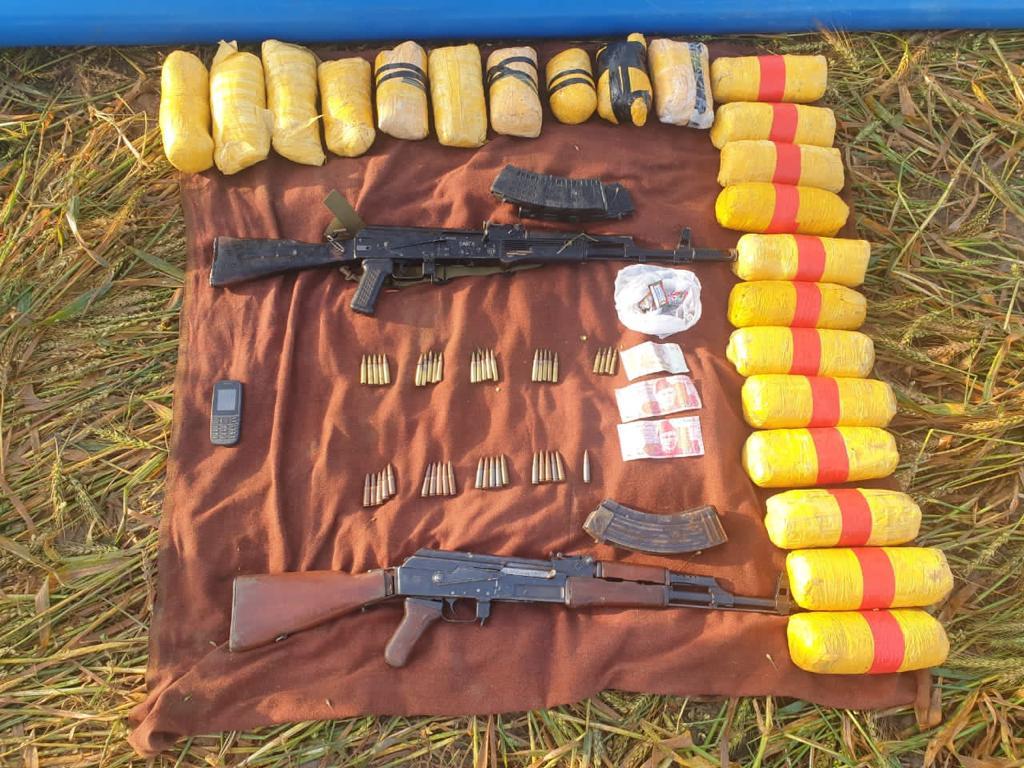 The Amritsar (rural) police in coordination with the BSF on Wednesday gunned down a Pakistani smuggler near the India-Pakistan border.

In a joint operation, 22 packets of heroin, weighing approximately 22 kg, two AK-47 rifles, four magazines and 45 live cartridges, along with a mobile phone, a plastic pipe and Rs 210 in Pakistani currency were recovered.

The operation was led by Amritsar (rural) SSP Dhruv Dahiya, who acted on a tip-off. He constituted a team comprising Deputy Superintendent of Police (detective) Gurinderpal Singh Nagra and Assistant Superintendent of Police, Majitha, Abhimanyu Rana, which coordinated with the BSF to lay the siege that was carried out successfully.

The Indian smugglers who were supposed to receive the consignment from their Pakistani counterparts have been identified to be linked with Jagdish Bhura and Jaspal Singh of Gatti Rajoke village in Gurdaspur district. The two have been in touch with Pakistan’s Inter-Services Intelligence (ISI). Both have been booked under the narcotics and arms Acts.

The SSP said the links of Pakistani smuggler on this side were being investigated to ascertain details.

“Bhura has been living in Belgium at present and has been involved in terror activities in India. Jaspal has been involved with the Pakistani smugglers regularly and indulged in pushing weapons into India. A case under the NDPS Act was registered against him at Ferozepur police station in July 2020,” he said.