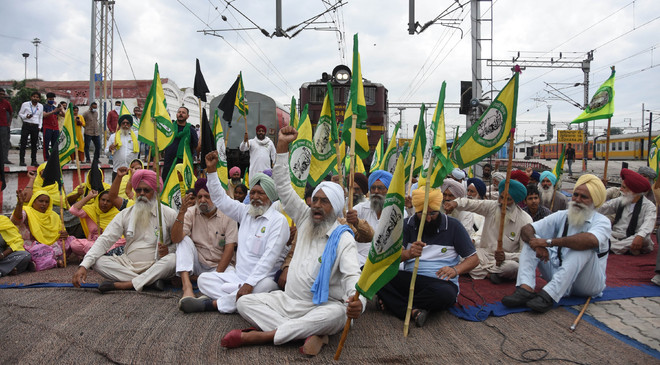 While former Chief Minister Capt Amarinder Singh’s camp says it “expected something soon” from the discussions with farmers on resolving the long-drawn agitation, the Samyukt Kisan Morcha (SKM) has said it is not a part of any deliberations with the former CM.

The camp of former Chief Minister maintains that talks with certain top farmer leaders were at an advanced stage and a formal announcement regarding ending the agitation was expected anytime now. A senior Congress leader, close to his camp, said, “We have been told that a formal end to the agitation is expected soon in New Delhi after announcement by a top BJP leader. Capt Amarinder Singh is expected to be in attendance at the function and he will announce his planned political front after that.”

We are not in touch with the former Chief Minister on any issue. These are just rumours being planted by the government. There have been attempts to derail our peaceful dharnas. —Balbir Singh Rajewal, Farm leader

A senior media functionary of the former CM said the “talks are on but I’m not sure about the announcement. But I am expecting something soon”. When asked for names of farmers in touch with Captain, the functionary said, “We would like to avoid revealing that for now.”

At the same time, top leaders of the SKM have out rightly rejected any talks with the Capt Amarinder Singh camp. Senior leader Balbir Singh Rajewal said, “We are not in touch with the former Chief Minister on any issue. These are just rumours being planted by the government. We are witnessing that throughout the progress of the agitation, there have been different stories and one incident after the other to derail our peaceful dharnas. Rumours like differences among our morcha members, Lakhimpur Kheri incident and even the recent killing of a person allegedly by Nihangs are only being used to create a wrong impression that the flame of our agitation is dying down. We stand unaffected in our demand for the repeal of the black laws.”

Darshan Pal, another senior SKM leader, also denied any parleys with the Capt Amarinder Singh office. Sukhdev Singh Kokri Kalan, general secretary, Bhartiya Kisan Union (Ekta), said, “We have not had any discussions with the former Chief Minister or anyone on his behalf on the farmers’ issue. All these messages are planted to send a message that we should be prepared for fresh terms to end our agitation. Our demands are very simple. We will not budge from our stand on anything less than the repeal of the farm laws.”

Rattan Singh Randhawa, vice-president, Jamhoori Kisan Sabha, said: “If at all the Captain camp is in touch with any farm leaders and so sure about an early resolution, why are the names not being made public?”