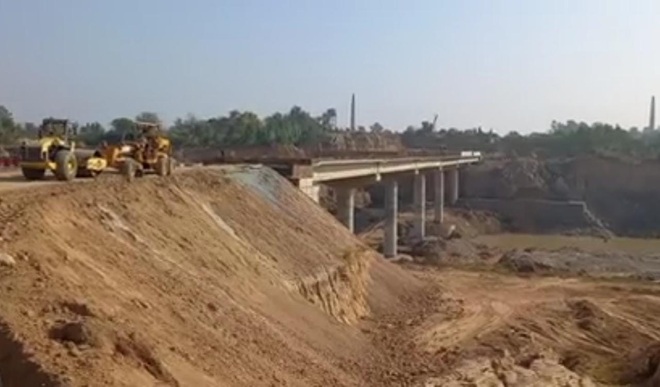 The issue of eliminating nine narrow gauge railway crossings over a stretch of 3.6 km running through the municipal corporation limits takes precedence over everything else in this Assembly seat.

THE issue of eliminating nine narrow gauge railway crossings over a stretch of 3.6 km running through the municipal corporation limits takes precedence over everything else in this Assembly seat.

The matter has been hanging fire for decades. Former BJP MP Vinod Khanna tried his best to solve the conundrum and so did ex-MP Partap Singh Bajwa. However, their laborious efforts bore little fruit. Now, it has been left to MLA Amit Vij to unravel the knot. 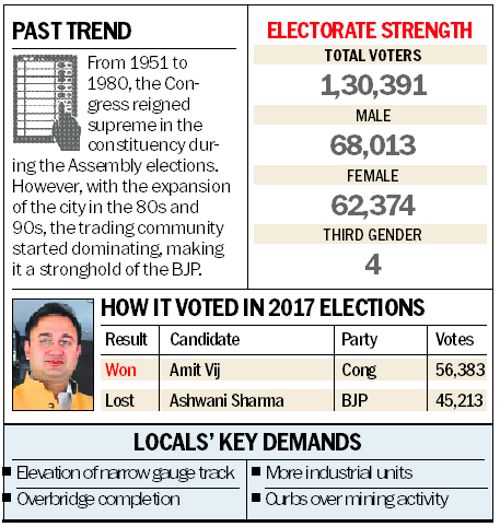 The economy goes for a six while traffic comes to a standstill for hours when the Jogindernagar toy train passes several times a day. The Railways has pegged the cost of elevating the track at nearly Rs 300 crore. Of this, 40% cost is being borne by the state. Vij has already obtained administrative approval of Rs 120 crore from the state. “The idea is to have an elevated track on the lines of the one established in Rohtak,” Vij said.

Insiders, however, are sceptical. “It’s not as easy as it is being made out by certain people. Many encroachments have come up near the track and it’s impossible to remove all of them,” said a former MLA.

Residents are, however, happy that the MLA has managed to get a Rs 110 crore package for laying new sewerage and water supply pipes. “I have also brought in Rs 70 crore for new roads and widening the existing ones,” Vij added.

“We know neither Deol nor Vij. What we know is that whosoever fits the pieces in the jigsaw puzzle will get our votes,” said Pushpa Devi.