Patiala police seize illicit liquor off to Gujarat, other states : The Tribune India

Patiala police seize illicit liquor off to Gujarat, other states 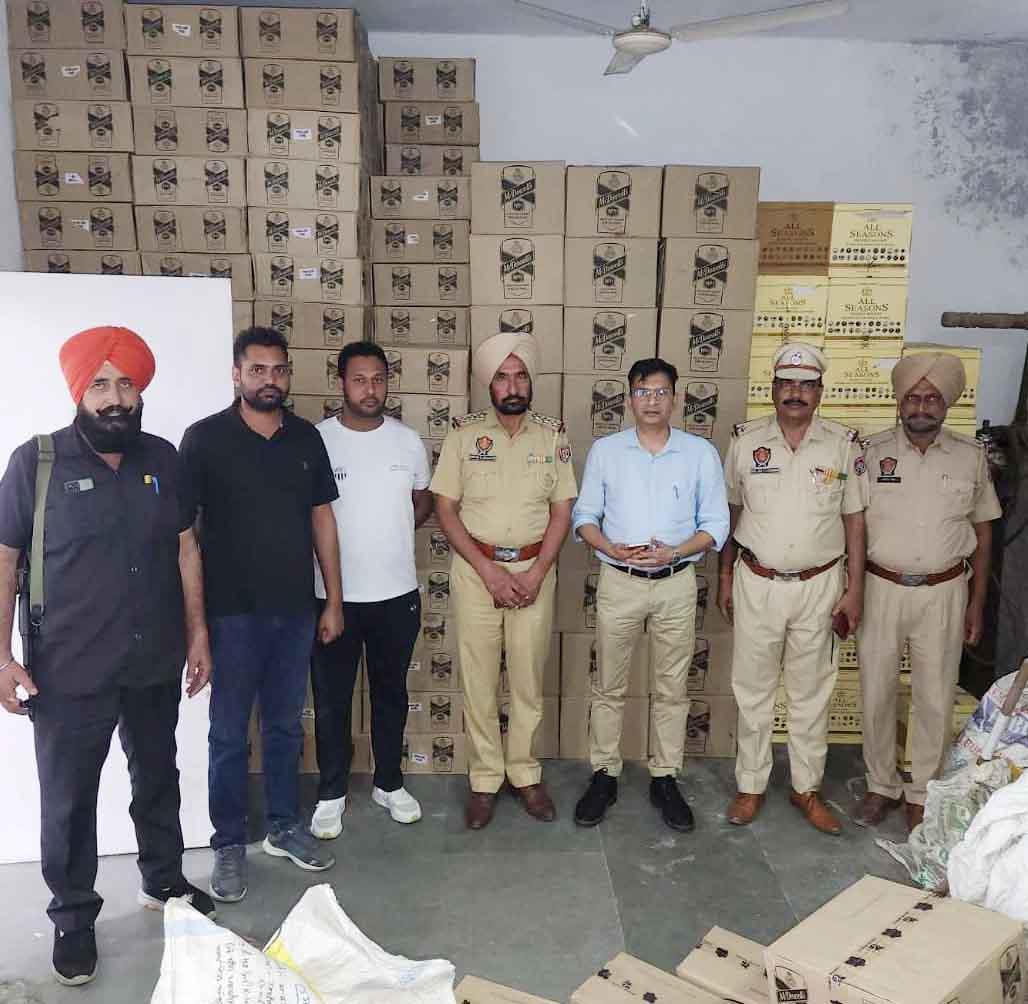 The police with the confiscated consignment in Patiala. Tribune photo: Rajesh Sachar

In a reverse liquor smuggling trend, the liquor meant to be sold only in Punjab is being supplied to dry states of Gujarat, Bihar and Haryana.

The Patiala police have unearthed a nexus, wherein the liquor meant for sale at the state vends was allegedly being smuggled to “poll-bound Gujarat”.

Following directions of Patiala SSP Deepak Pareek, a police team seized around 600 cartons of illicit liquor from a truck on the Sanour-Chuara road on Thursday.

Initial investigation suggested that the cartons were allegedly being smuggled to Gujarat. Sources said following the seizure, politicians and certain Excise officials are “trying to save the accused”.

“There is lot of pressure while handling the case as role of certain politicians and government officials cannot be ruled out. Probe is needed to ascertain who ordered the consignment,” said a senior police official.

The Patiala police have registered a case under Sections 61, 1, 14 and 78(2) of the Punjab Excise Act and Section 420 of the IPC against four persons — Lovely, Komal, Monu and Narinder Singh.

“Two of the accused have earlier been booked in a similar case, but had managed to settle it through a probe conducted by a DSP-level officer. They are again trying to get the probe shifted to the same DSP,” an insider said.

Sharing border with Haryana, Punjab is finding it difficult to curb the flow of liquor to the other side despite setting up nakas at the entry points.

“Now, liquor contractors, in connivance with government officials, pay Rs 100 per box to smuggle liquor out of state,” said a former IPS officer.

“Meanwhile, the role of the Excise officials in this nexus is also under lens. Even three days after the matter was reported, the officials are yet to seal the liquor vends owned by the accused. Rather, two junior rung officers have been deputed to probe the case,” said a senior police official.

Patiala Assistant Excise and Taxation Commissioner (AETC) Inderjeet Singh Nagpal said the seized consignment was meant for sale at the liquor vends in Patiala, adding that the department would action against the vend owners on Monday.

State Excise Commissioner Varun Roojam told The Tribune that he sought a detailed report in the case as the accused had faced FIRs for excise violations in the past too.

“We will not spare any guilty. If anyone from the Excise Department is helping the vend owners, we will initiate probe against them as well,” he said.