21-year-old man tests positive for coronavirus in Patiala; admitted to hospital in Ambala : The Tribune India

21-year-old man tests positive for coronavirus in Patiala; admitted to hospital in Ambala

Had recently travelled to Nepal 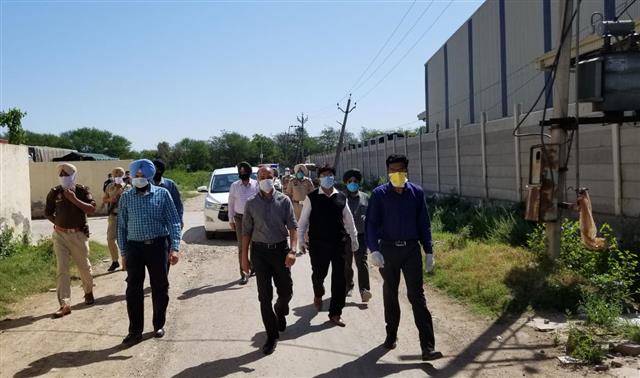 A resident of Ramnagar village of Ghanaur block of Patiala district, who was tested positive for COVID-19, will not be counted in Punjab as per the state health department.

Dr Gagan Grover, state nodal officer, said he will be counted in Haryana as per Government of India guidelines.

Interestingly, the district administration and Patiala health department in press notes declared it as first positive case of the district.

A 21-year-old, who returned from Nepal on March 20 has been admitted to Ambala Civil Hospital for testing positive for the deadly disease.

Armed with a lab report from PGIMER, Chandigarh, Patiala Health Department, and police rushed to the youngster's native village, Ramnagar. The Health Department has already sent four surveillance teams to identify close contacts at the village.

Patiala Civil Surgeon Harish Malhotr, said that they have collected 14 samples of the close contacts of the patient for testing. The patient complained of stomach aches on March 26 and was admitted to the hospital, said the Civil Surgeon.

The Health Department revealed that the patient was working in a private firm in Chandigarh. Notably, the patient recently visited another nearby village, Shahpur.

Consequently, Shahpur has been locked down by the police.

He, further, revealed that the Health Department had also initiated a survey in his native village to detect any other symptomatic of COVID-19.