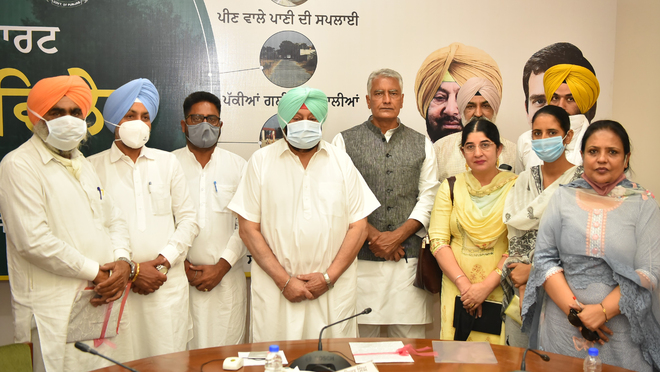 CM Capt Amarinder Singh during the launch of the second phase of Smart Village Campaign in Chandigarh. Tribune Photo

While Rahul launched the campaign from New Delhi, the Chief Minister and a host of Punjab ministers, officials and sarpanches joined in from a total of 1,500 digital locations, paving the way for execution of 48,910 works across the state.

The CM said the scheme would lead to the creation of enormous rural infrastructure to raise the living standard and quality of life by capitalising on technological advances, as part of his government’s Rural Transformation Strategy. He assured of adequate allocation for the schemes to be undertaken under the second phase, which has been kick-started on the culmination of Phase I, which was launched in 2019 for the execution of 19,132 works at a cost of Rs 835 crore.

For the second phase, adequate funds had already been transferred to all 13,264 gram panchayats in Punjab, the Chief Minister said, adding that his government intended to give assistance to those house-owners who are living in houses having temporary roofs. The intention is “Har ghar pakki chhat” i.e. to provide the rural poor with better housing facility. — TNS