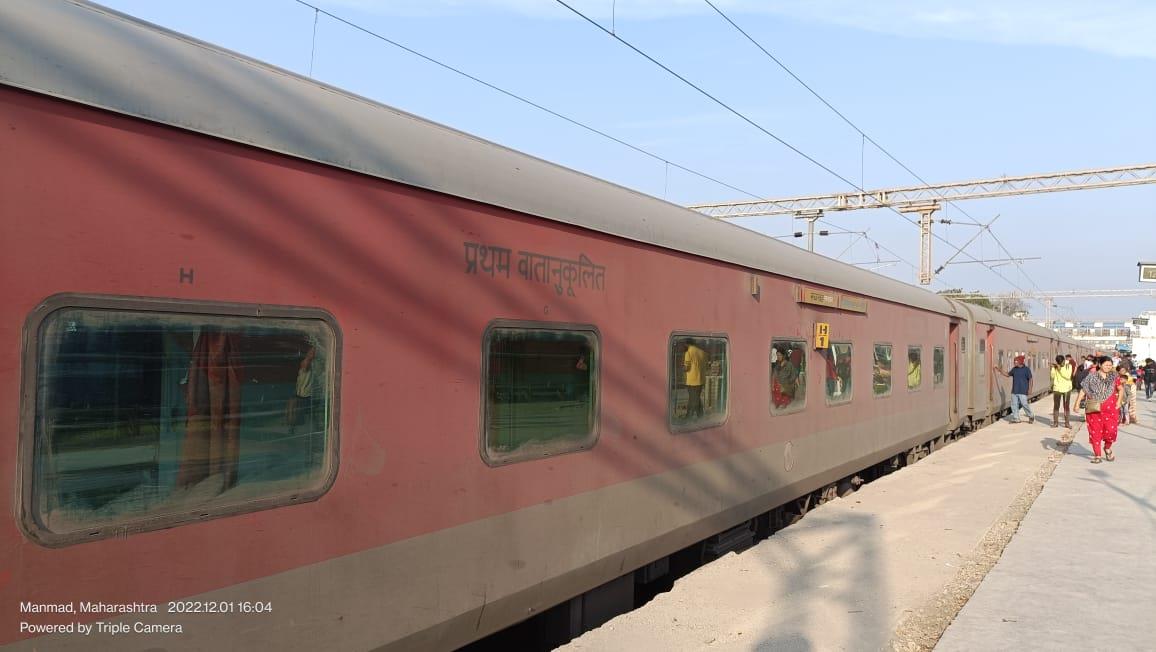 The Sachkhand Express that runs between Amritsar and Nanded in Maharashtra. Tribune photo

People from the Sikh community, who go on pilgrimage to Nanded from Punjab via the Sachkhand Express, are upset over the deplorable condition of the train and have demanded its upkeep.

We will look into plaints

If the passengers have lodged a complaint, we will get it checked. If the passengers face any such problem in future, they can alert the staff on the displayed numbers. Balbir Singh, Additional Divisional Railway Manager, Ferozepur

One of the five Takhts of the Sikhs — Takht Sachkhand Hazur Sahib — falls in Nanded in Maharashtra. The pilgrims said the train was filthy from the outside and inside.

“I have travelled on the train twice and it is always dirty. It is never washed. The washrooms of even the AC compartments stink. Since the flight from Amritsar to Nanded has been non-operational for a few years, I have no option but to travel by the Sachkhand Express. I have lodged a complaint regarding it many times, but to no avail,” said Pal Singh, a resident of Jalandhar.

Another passenger, MIS Guram and his wife Alice Guram of Ludhiana, who were travelling on the train on Thursday and Friday, said they were fed up with the unhygienic condition of the train and had even flagged the issue on Twitter, tagging the Railways.

“We posted pictures of the train, its washrooms and compartments. We went to Nanded by the Humsafar Express, but since it plies once a week to Punjab, we had to book the Sachkhand Express for our return journey. Everyone on our train, including NRIs from Australia, were upset over its pathetic condition. It was so unclean that we found it difficult to have our meals inside. We were repeatedly using our sanitisers and wipes to clean things around us,” the couple said.

MIS Guram said, “I even dialled 139 to lodge a complaint about the filthy condition of the train, but I got a reply that the complaint had been closed.”

Balbir Singh, Additional Divisional Railway Manager, Ferozepur, said, “If the passengers have lodged a complaint, we will get it checked and try to sort out all issues, including those of cleanliness, door problem and unscheduled stops. Our security is always there to check unwarranted entrants in the AC compartments. The contacts of personnel on board are also put on display. If the passengers face any such problem in future, they can alert the staff on those numbers.”