Sumedh Saini gets protection from arrest in ’91 Multani case 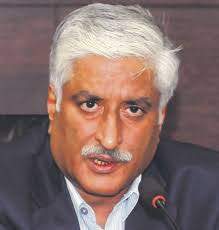 “This case is of 1991. After 30 years, what is the hurry to arrest him... We will grant you time to file a reply,” a three-judge Bench led by Justice Ashok Bhushan said, adding he would not be arrested till further orders.

Saini was, however, asked to cooperate in the probe.

Saini has challenged the Punjab and Haryana HC’s September 7 order dismissing his anticipatory bail plea in the Multani case. — TNS