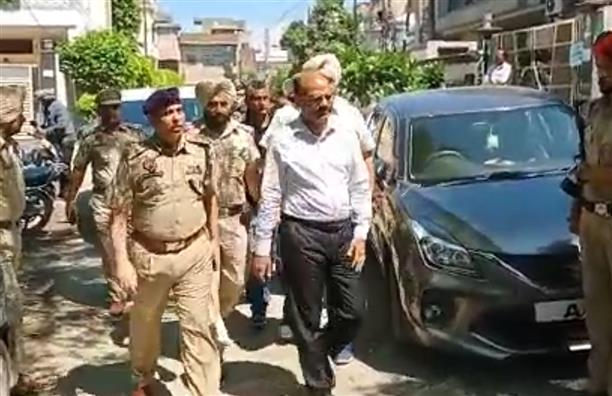 ADGP RN Dhoke on Wednesday inspected the spot from where an Improvised Explosive Device (IED) was recovered by the city police on Tuesday.

The officer also met sub-inspector Dilbagh Singh outside whose house the IED was planted by two men.

An IED weighing 2,700 grams (containing RDX and a mobile trigger) was spotted under a car parked outside the residence of Dilbagh Singh on Tuesday. Later, the CCTV footage of the area had shown two motorcycle-borne men planting the IED.

However, the device somehow had fallen down and was spotted by a worker who informed Dilbagh.

After visiting the spot, Dhoke claimed that the perpetrators behind the incident would be arrested in 24 hours. “We have got clues and several teams are working on the case,” he said.

He said the IED seemed similar to those recovered by the police earlier. He said the incident clearly is part of the cross-border terrorism.