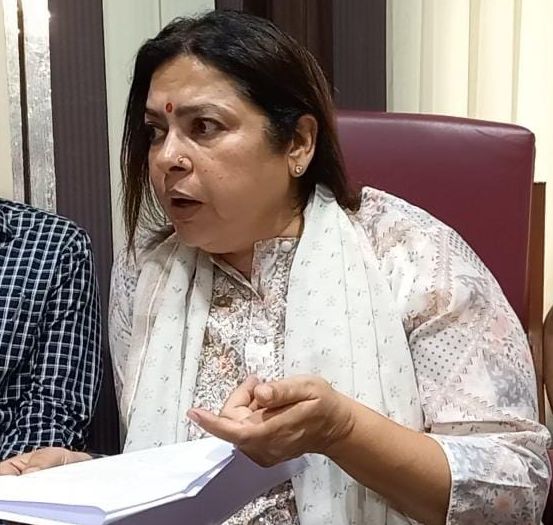 Instead of acting as an adhesive in binding different groups ahead of the 2024 General Election, Union Minister Meenakshi Lekhi’s recent visit to Gurdaspur has actually left the cadre a divided lot.

Many veteran leaders claim they were neither consulted nor invited to her programmes. “This does not augur well for the party as we approach the 2024 poll. Earlier, we were in an alliance with the SAD subsequent to which we used to have a substantial vote bank. The 2022 Assembly elections were supposed to be a wake-up call. So dismal was our performance that our candidate, Parminder Singh, even lost his security deposit. At one time, in the not too recent past, the BJP was a force to reckon with in Gurdaspur. However, that is no longer the case as we are now struggling to hold our own,” opined a senior leader.

During Lekhi’s whirlwind tour, workers complained that they were being ignored in the decision making process.

The ‘tiffin lunch’ concept also fell flat on its face. In this model, workers were asked to bring their lunch packed in tiffins to Khatri Bhawan, one of the venues of the minister’s visit. This was done to ensure workers would share their food thus creating a sense of bonding. However, the tiffins remained packed as Lekhi got late at a meeting in Dinanagar.

Harjit Singh Bagga, secretary of the district unit, said his father’s death anniversary was held at a religious place adjacent to the Khatri Bhawan. “However, neither the minister nor the leadership deemed it fit to pay a visit,” he said.

The fissures are running deep, a development which is worrying the state leadership.

A section of the leadership opined that MP Sunny Deol’s prolonged absence from his constituency, notwithstanding Lekhi’s clean chit to him, has already disheartened party workers and if the party does not put its house in order soon, it may suffer irrevocable damage in the next parliamentary elections.