Preparations on for farmers' rally in Jind : The Tribune India

Preparations on for farmers' rally in Jind 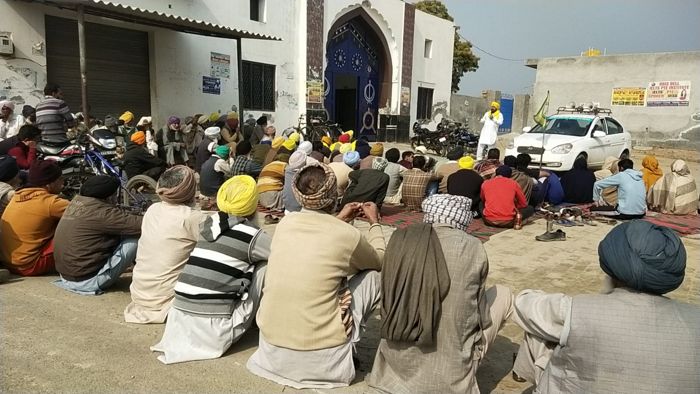 Farmers during a meeting at a village in Sangrur.

Farmers have been holding meetings in various villages to mobilise support for the January 26 rally being organised by the Samyukt Kisan Morcha at Jind in Haryana for their long-pending demands.

Under the banner of the BKU (Ugrahan), farmer leaders converged at Chotiya village and chalked out their strategy to mobilise the maximum number of farmers.

“At the time of New Delhi protest against the now-repealed farm laws, the Centre had announced acceptance of our all demands. But, the government has so far not fulfilled many of our demands. The Jind maha rally on January 26 will again prove our unity as farmers from six states will participate in it,” said Dharinder Pashore, Lehra block president, BKU (Ugrahan)

Some other farmers said, apart from meetings, they were also planning to organise ‘jagos’, rallies, ‘dhol marches’, ‘jhanda’ marches and street plays.