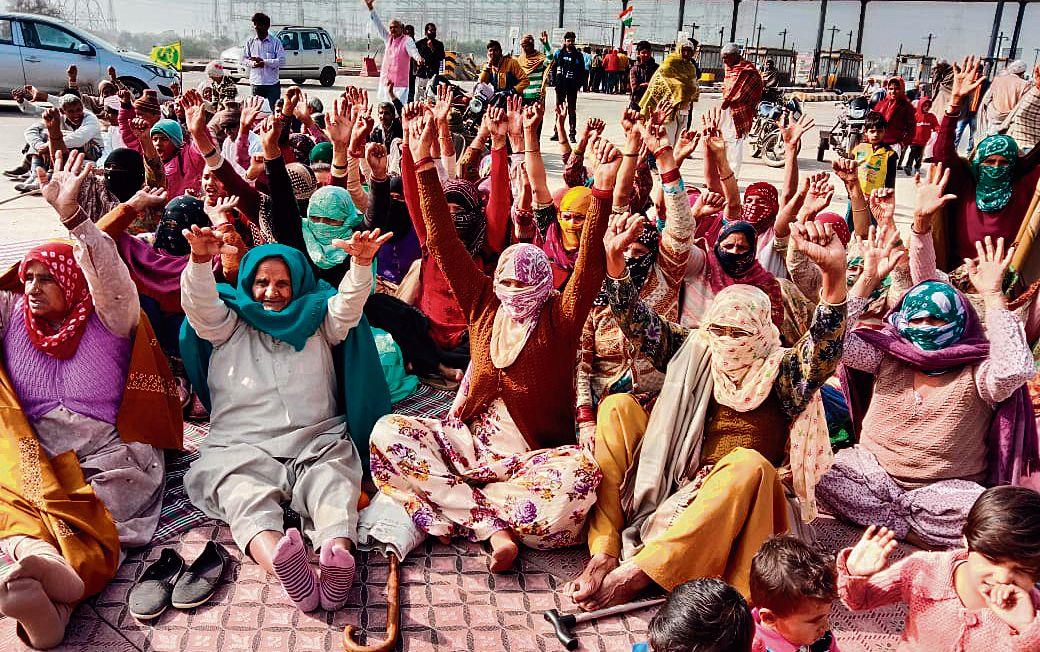 The number of women protesters from Haryana continue to swell at the Delhi borders, where farmers from Punjab and other states have been camping for more than a month demanding the repeal of the three farm laws. The unprecedented participation of Haryanvi women has come as a shot in the arm for the agitation.

Saroj Devi, a farmer who drove a tractor to reach the dharna site from Khatkar village, said, “The profession of farming is not defined by gender. Our fields don’t produce crops differently if tended by women and men. Many men and women from Punjab are protesting. Why should we sit at home?”

“We were inspired by women from Punjab, who halted for a night in Haryana villages on their way to the Delhi border,” she added.

Why sit at home?

The profession of farming is not defined by gender. Our fields don’t produce crops differently if tended by women and men. Many men as well as women from Punjab are protesting. Why should we sit at home? —Saroj Devi, Khatkar village resident

In this case, they could be heard singing songs like “Ambani ke gahne dhare tha e bebe”, “paati se jaan” and “hum tractor leke aaye Delhi ke beech”, she said, adding that one of their self-made lyrics, “Dhokhe me bharat lootya e bebe, vadyan ki jhooth (Bharat is being betrayed by false promises o sister)” was much appreciated by one and all.

She added that they had long juggled the demands of field and family, making sure both were tended to, and now hundreds of women from Haryana as well as Punjab had added another dimension to their busy lives — the protest sites at the Delhi borders.

“We were impressed by the determination of women from Punjab. We, too, decided to take out time from our daily routine at home and fields and form jathas to reach the dharna site on tractor-trailers,” said another woman from Haryana.

Phool Kumar, a khap leader, said, “The presence of women points towards their awakening. Apparently, they are inspired by women from Punjab,” he said, adding when women worked shoulder to shoulder with men in fields, why should they hesitate from joining the protest.