Say have stored produce in their houses 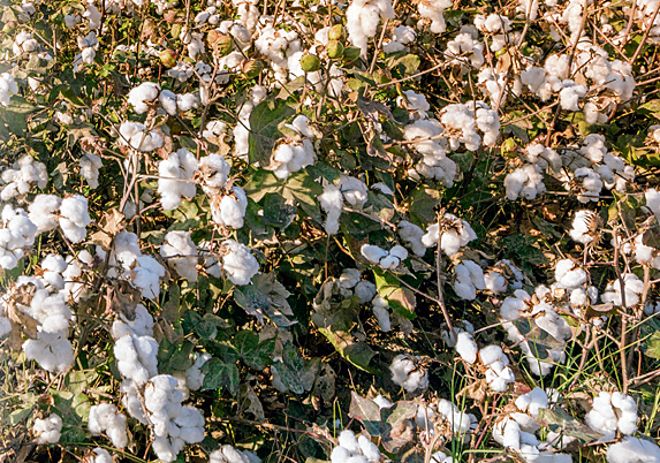 With the cotton price frequently fluctuating, farmers are waiting for better rates to bring their produce to the state mandis.

In September, cotton was sold for Rs 6,200 per quintal, but a month ago its price rose to Rs 10,500. Now, the price is between Rs 8,200 and 8,500 per quintal. The minimum support price of the cotton has been fixed at Rs 5,925 per quintal this season. “The average price of cotton is about Rs 9,000 per quintal this year. However, the current price is below the average, thus we are waiting for the rise in rates. The picking of cotton is mostly done and we have stored the fresh produce in our houses,” said a cotton grower. 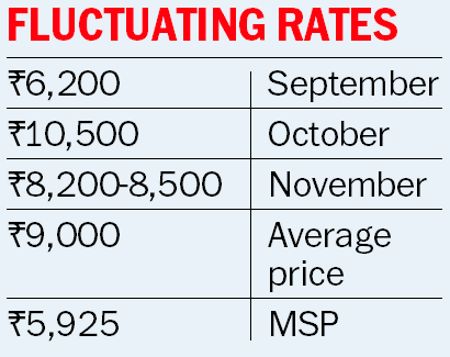 Punjab State Agricultural Marketing Board officials said about 1.67 lakh MT cotton has arrived in the mandis in the district so far. “The total arrival remained above 9 lakh MT last year. The season starts from September and lasts till March-end,” they said.

A commission agent from Fazilka district too said the pace of cotton arrival was slow this season.

Bhagwan Bansal, former president, Punjab Cotton Factories and Ginners Association, said, “This year pink bollworm has damaged about 40 per cent of the produce in the state. Farmers are expecting that the price may rise due to shortage. Further, there are some reports that the exports, which lead to fall in rates, may be banned. The price may increase in the coming days.”

He further said the state government recently enhanced the compensation for the growers for loss due to the pink bollworm attack, but no one bothered to think about industrialists. “The government should allow us to pay electricity bills as per the total consumption of units and not just the fixed charges,” he said.