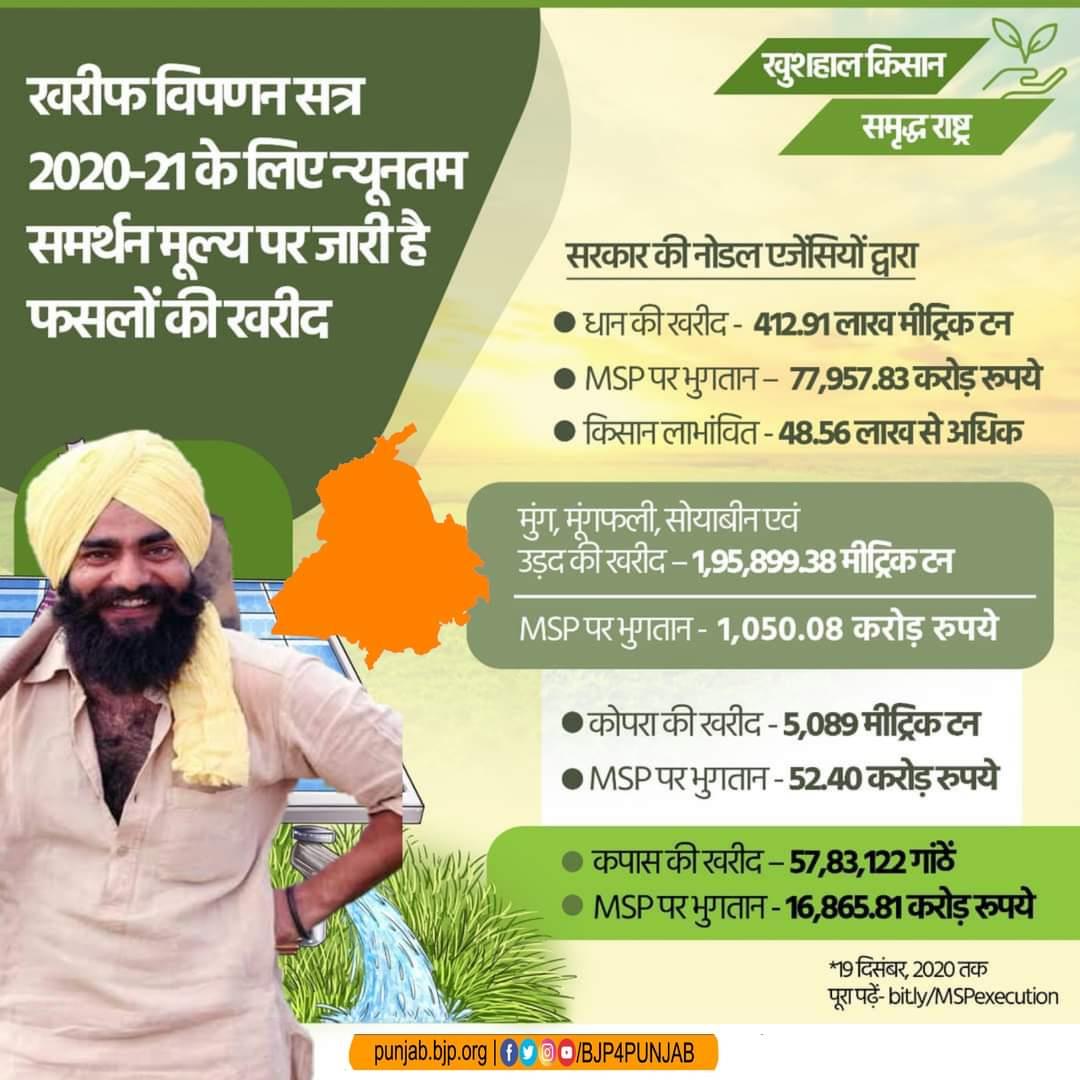 A poster with Harpreet Singh's photograph that was used on Punjab BJP's Facebook page.

Harpreet Singh, a farmer whose photograph was used by the Punjab BJP to drum up support in favour of farm laws, has actually been sitting among the protesting farmers on the Singhu border since the first week of December.

The poster that was used on Punjab BJP's Facebook page was removed after uproar.

Harpreet Singh said, “I was amused first, but then got angry. How can they be so insensitive?” He is engaged in media projects displaying the angst of the farmers, their inconvenience and their struggle.  Photographs clicked by Harpreet that highlighted the protest have gone viral.

Harpreet Singh, known as ‘Harp farmer’ among friends has done his Masters in Software Engineering from the Indian Institute of Information Technology, Pune. Based at his village, Nadalon in Hoshiarpur district, his family owns 2-acre land. “I know the pain of a small farmer. I am shocked and more so with our comparison with Khalistanis and Maoists.”

“I got a call yesterday late evening from a friend at my village that the BJP was using my picture on its Facebook page. First I laughed, but then I got offended. How could they do it without my permission? In a lighter vein, the artist has not even bothered to edit my picture professionally. The artist has used it from my pictures on the internet.”

“I will like to ask the government that if farmers were happy why would they be camping on the Delhi borders? Why will the old, including women, bear the cold of the shivering December? Why cannot government just withdraw the farm laws and rethink? It's ego problem nothing else,” he said.

“If the government does not repeal the laws, we will not go back home,” he said firmly.

“The BJP is trying make the farmer agitation just a fight for MSP. This is not true. There are issues like the future of farmers in our country, particularly in the wake of scope for entry of the corporate. There are many more. I can only say that despite tall claims, Narendra Modi is not with the farmers,” Harpreet said.

A spokesperson of the Punjab BJP, Janardhan Sharma said, “We will look into the matter. I will get back.”