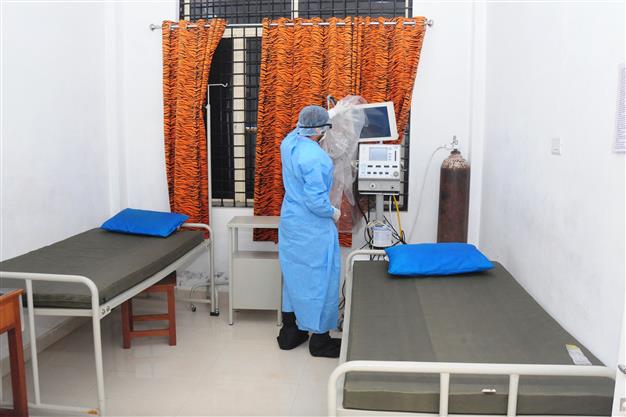 Taking the COVID threat head-on, the Punjab government has said all residents of Punjab, coming back from other states will be screened, even if they do not have any foreign travel history in past 14 days.

The orders have been issued under The Epidemic Diseases Act, 1897. All deputy commissioners in the state have been asked by Principal Secretary, Health, Anurag Aggarwal, to ensure that all such persons found asymptotic, are home quarantined for 14 days.

If they are found symptomatic, tests would be conducted in government facilities and the health department's protocol for management of such persons would be followed. The surveillance officers and Rapid Response Teams, put in place for international travellers, have been asked to keep a vigil on domestic travellers too.

Though no new case was reported from the state but a 65-year-old man from SAS Nagar succumbed to COVID-19 at PGI, Chandigarh. With new death the total number of casualties due to deadly virus has reached four in the state.

According to health officials all his 31 contacts have been placed under home quarantine under the supervision of the Health Department authorities. Besides this, 18 contacts, all residents of Mohali, of a resident of Sector 30B Chandigarh who was found corona virus positive on Monday, have also been put under home quarantine.

As per the state health department, so far samples of total 1,198 suspected cases were sent for testing out of which 1,009 were found negative and reports of 148 were still awaited. Total 41 have been found positive.