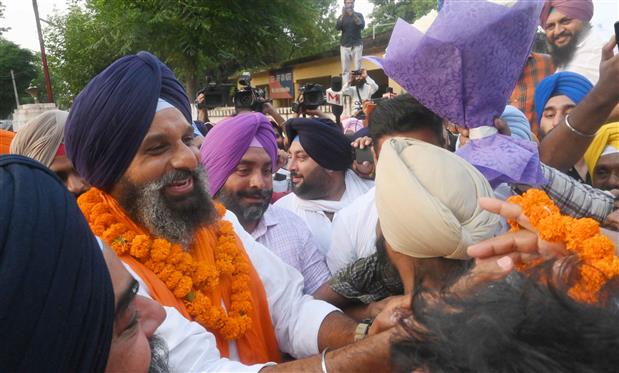 The judgment was reserved less than a fortnight back by the Bench of Justice MS Ramachandra Rao and Justice Sureshwar Thakur.

Majithia had moved the High Court seeking regular bail in the case registered on December 20 last year, under the provisions of the Narcotic Drugs and Psychotropic Substances Act.

Majithia in his petition had contended that the then Congress government in the state did not leave any stone unturned to misuse its power and position for wreaking vengeance against its political opponents and the petitioner was once such target.

"The present dispensation has also not left any stone unturned to target the petitioner further," Majithia contended.

The petitioner submitted that the present case is blatantly political in nature; from the date the then government led by Charanjit Singh Channi assumed office, its functionaries were hell-bent on falsely implicating the petitioner in a case.

The High Court said there is no material placed on record showing possession, transportation, storing by or recovery of any contraband from the petitioner. All recoveries in the concluded trials had been effected from specific individuals and the petitioner was not shown therein to have any role in that regard, it added.

The Bench said the state is still trying to collect information from various financial institutions in India and abroad and did not appear to have made much headway, though the FIR was registered almost eight months back.

The state did not seek even the police remand of the petitioner after he surrendered before the special court and only sought judicial remand saying his custodial interrogation is not rquired.

“We are satisfied that reasonable grounds exist to believe that the petitioner is not guilty of the offences alleged against him in the FIR and he is not likely to commit such offences while on bail. It will take time for the trial to start and culminate. So no fruitful purpose is going to be served even if the petitioner is kept in judicial custody for a further indefinite period. We are of the opinion that continued detention of the petitioner, which started on February 24, is not warranted and he is entitled to be released on bail,” the Bench said.