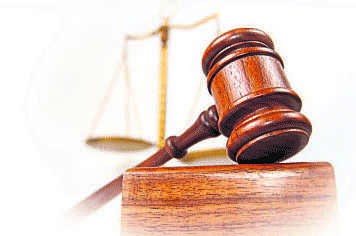 The Punjab and Haryana High Court has ordered a probe into the non-preparation of a victim’s medico-legal report (MLR) by three civil hospitals in the state even though judicial orders make it mandatory. - File photo

The Punjab and Haryana High Court has ordered a probe into the non-preparation of a victim’s medico-legal report (MLR) by three civil hospitals in the state even though judicial orders make it mandatory.

Justice Arvind Singh Sangwan also ordered Punjab Director-General Health Services to furnish his affidavit after carrying out the inquiry by the next date of hearing in February third week.

Justice Sangwan asserted the Supreme Court and the HC had held that the attending doctor was required to record an MLR as and when a medico-legal case was reported in the hospital. But the mandatory provision had apparently not been followed.

“Accordingly, the Director-General Health Services, Punjab, is directed to file an affidavit after conducting an inquiry in this regard as to why the MLR was not conducted by either of the three hospitals, where the victim was taken,” Justice Sangwan said.

The case has its genesis in a regular bail plea filed by Manpreet Bhangu against the state of Punjab. His counsel submitted that the victim, as per the allegations in the FIR, was first taken to the Banga Civil Hospital. After first aid, he was referred to the Phagwara Civil Hospital before being taken to the Jalandhar Civil Hospital.

The counsel submitted that none of the doctors attending the victim in all three hospitals conducted medico-legal examination. The offence of attempt to murder under Section 307 of the IPC was added only on the basis of an opinion by Dr Jaskaran Singh of Banga Civil Hospital. The counsel added the establishment of the petitioner’s guilt would be a debatable issue in the absence of an MLR.

Justice Sangwan directed the petitioner’s release on interim bail till the next date of hearing only subject to certain conditions after considering the fact that he was in judicial custody since June 12 and challan stood presented.