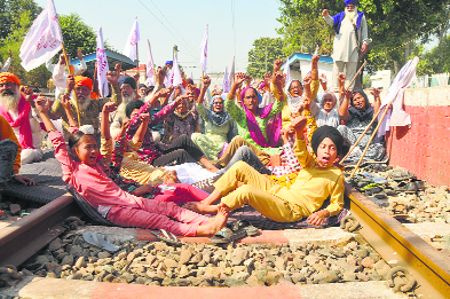 Farmers and their families protest near Amritsar. photo: Vishal Kumar

The three farm Bills passed by the Punjab Assembly recently will “limit” the farmers’ competitiveness, “disincentivise” private investment and “hinder” the overall growth of the agriculture sector, claims an assessment by the Union Agriculture Ministry.

There is a clause in the Punjab law suggesting that no sale or purchase of wheat and paddy will be valid unless the price paid is equal to or greater than the MSP announced by the Union Government, whereas the Acts do not deal with the MSP at all, it says.

“The Acts provide for mutual agreement on the price between the buyer and the seller based on market forces and independent of the MSP. This will allow farmers to mutually finalise prices with buyers based on quality, variety etc. in addition to continued access to MSP procurement by the government,” it adds. The analysis by the Agriculture Ministry is expected to be included in Centre’s observations on the Bills.