To recall the session most probably by next week, the Cabinet called a hurried meeting here on Thursday. 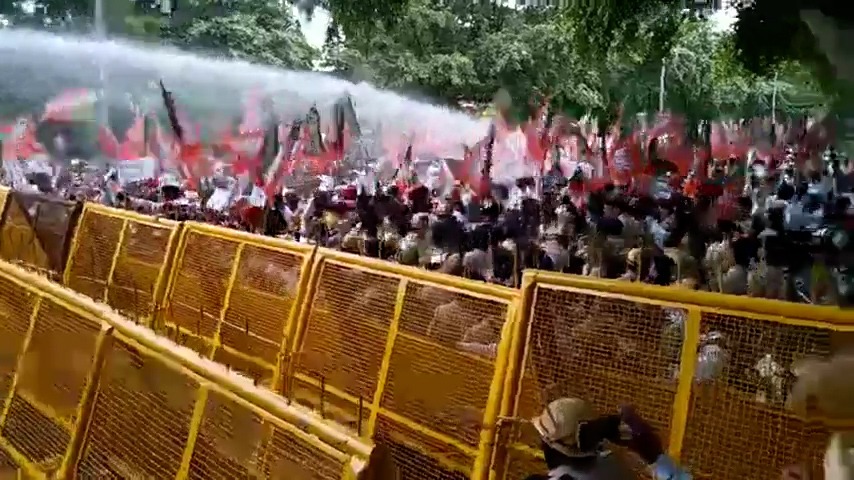 The BJP workers on Thursday started a march towards Punjab CM Bhagwant Mann’s residence but were stopped on way by the police in Sector 37.

The Chandigarh Police use water cannon against the BJP leaders and workers holding counter-protest against Punjab governmnet.

The development came soon after ruling AAP MLAs started their protest march against the Punjab Governor’s withdrawal of assent to summon a special day-long Assembly session to bring a confidence motion on Thursday to "seek confidence of the people of state".

The Governor withdrew the permission a day before the session on the plea to seek legal opinion after the Opposition Congress and the BJP approached him arguing that the House rules did not allow it.

Meanwhile, to recall the session most probably by next week, the Cabinet called a hurried meeting here on Thursday. On September 19, the AAP government had decided to convene the special session.

Mann had said this special session would clear the mystery regarding the alleged conspiracy to topple the democratically elected government in Punjab.