Declares to disburse payments within 14 days to cane growers 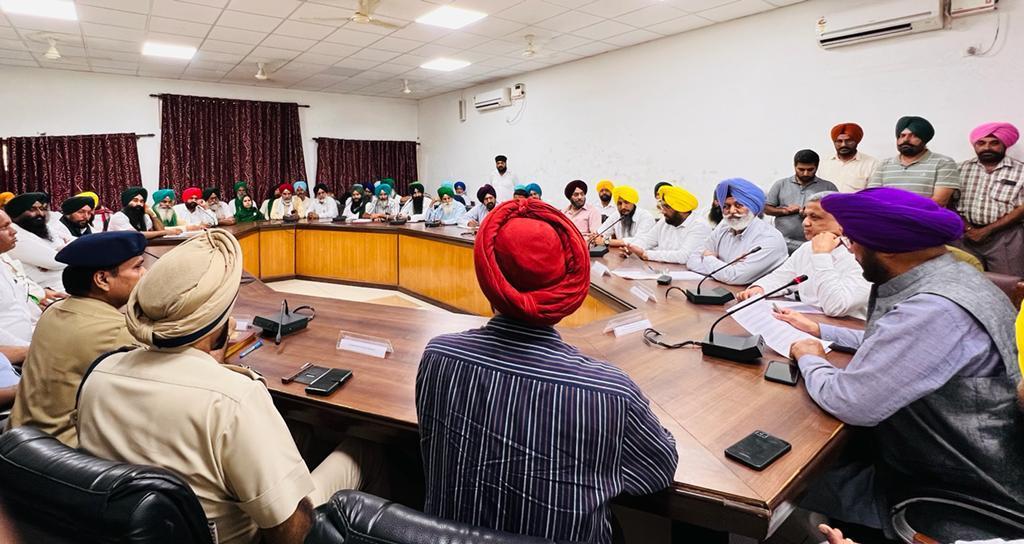 Cane growers’ bodies have called off their protest after assurance of fulfilling their demands was made by Punjab Cabinet Minister Kuldeep Singh Dhaliwal at the circuit house here. Addressing a press conference, the minister said that Punjab Chief Minister Bhagwant Mann would make an official announcement in this regard in the Vidhan Sabha session on October 3, 2022. He said that the state government is concerned about the issues of cane cultivators including fixation of crop price besides others and the CM himself would make an announcement on their genuine demands.

Reiterating the state government's commitment to accord top priority to farmers of the state, the minister said that the government is working to evolve an elaborate mechanism where cane growers would get their payments within 14 days. Likewise, concerted efforts were being made to ensure that all sugar mills were functional before November 15 so that farmers do not face any kind of problem with respect to their crops. He also mentioned that the issue of Bhogpur Sugar Mill was also under consideration and it would be made operational by the stipulated time-line adding that efforts were also being put in place to start Phagwara Sugar Mill.

Speaking on stubble burning issue, Dhaliwal said that Punjab Government would assist the farmers with all the required machinery and facilities to minimize the incidents of crop residue burning as it is posing a great threat to our health. He appealed to farmers to join hands with the state government to curtail stubble burning practices in the state. Replying to a query related to an alleged agriculture machinery scam worth Rs 150 crore, the minister said that the enquiry has been completed in this matter and actions would soon be initiated against the guilty persons.