Move to provide-level playing field for Punjab basmati trader, millers with other states in light of farm Bills 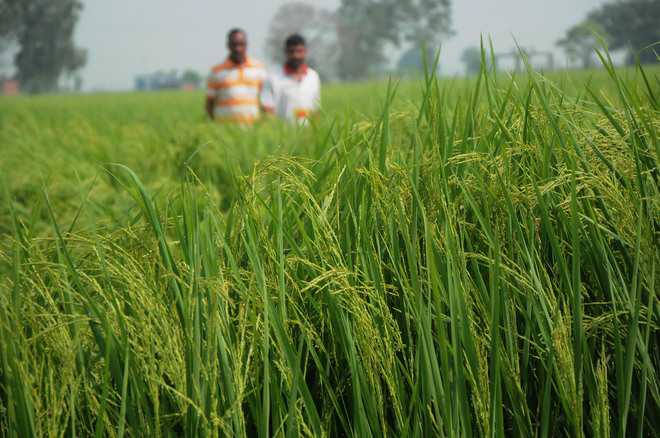 The move will provide relief to the tune of Rs 100 crore to basmati traders/millers. Tribune file

The move would help end the strike by the basmati exporters and traders, who have refused to buy basmati from Punjab, citing higher tax structure in the state. Even as the PUSA 1509 variety continues to arrive in the mandis, and sells at Rs 1,900 per quintal against last year’s price of Rs 2,400 per quintal, these exporters decided to buy the produce from neighbouring Haryana and Delhi.

The move is being seen as a step to woo the farmers, who are on a warpath because of the three farm Bills passed by the Parliament, during the ongoing monsoon session.

The reason for farmers refusal to buy from Punjab was mainly because the Haryana and Uttar Pradesh governments have decided to go ahead with The Farmer Produce Trade and Commerce (Promotion and Facilitation) Bill, which allows traders to buy produce outside the Agriculture Produce Marketing Committees, by paying just 1 per cent tax. In Punjab, they were to pay 4.25 per cent tax.

“We will buy from a state where the tax is low, in order to remain competitive. The government understood our predicament in this time of economic slowdown and thankfully decided to reduce the taxes,” says Ranjit Singh Josan, vice president of Punjab Rice Millers and Exporters Association.

The move will provide relief to the tune of Rs 100 crore to basmati traders/millers. However, the reduction in taxes comes with the caveat that no refund of any fee will be allowed to any paddy/rice dealer/miller/trader for export of the Basmati paddy/Rice to other countries from the state.

It may be mentioned that area under basmati in Punjab has increased by 25,000 hectares this year -- from 6.25 lakh hectares in 2019 to 6.50 lakh hectares now. The produce is mostly bought by traders and exporters and Punjab contributes almost 40 percent of the total basmati exports from the country.