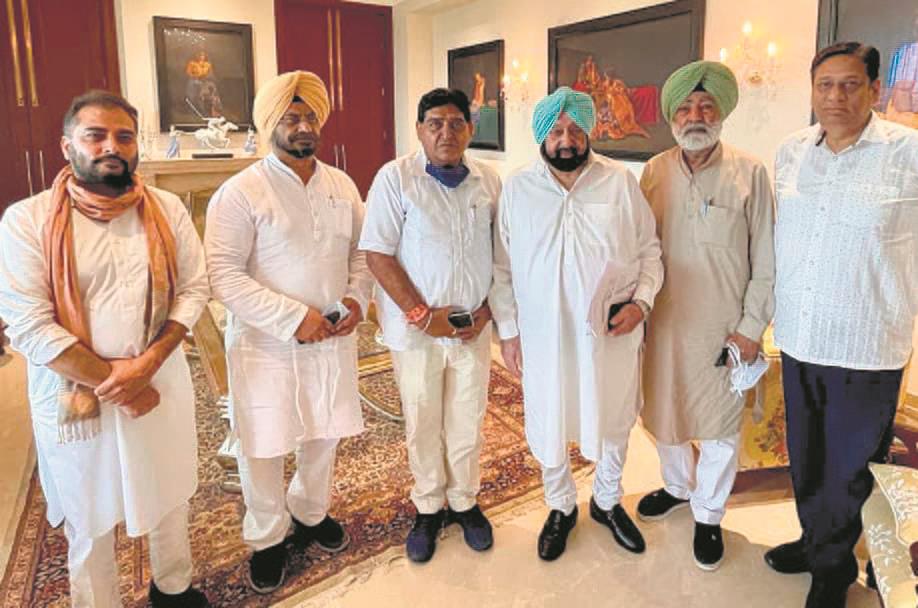 Congress working presidents Kuljit Nagra and Sangat Gilzian among others with the Chief Minister in Chandigarh on Thursday. Tribune photo

Punjab CM Capt Amarinder Singh on Thursday agreed to attend the installation ceremony of Navjot Singh Sidhu as the new PPCC chief. The CM had earlier said he would not meet Sidhu till he publicly apologised for his “derogatory” tweets. AICC general secretary and Punjab affairs in-charge Harish Rawat, who reached here by a chopper late this evening, is expected to bring Captain and Sidhu together before the installation ceremony.

Significantly, 58 of the 80 Congress MLAs had on Wednesday signed a four-page letter to Captain, urging him to attend the installation ceremony. The letter was today handed over to the CM by working presidents Kuljit Singh Nagra and Sangat Singh Gilzian. Minister Sunder Sham Arora and former Batala MLA Ashwani Sekhri were also present. The CM reportedly told the working presidents that there was no need for an invite as he had already called party MLAs and MPs for tea tomorrow. Nagra and Gilzian are learnt to have pointed out that it was to express unity that the MLAs had signed the invitation.

“I have no personal agenda. Only pro-people agenda.Thus, as the eldest of our Punjab Congress family, I request you to please come and bless the new team of the PPCC,” Sidhu wrote in another letter.