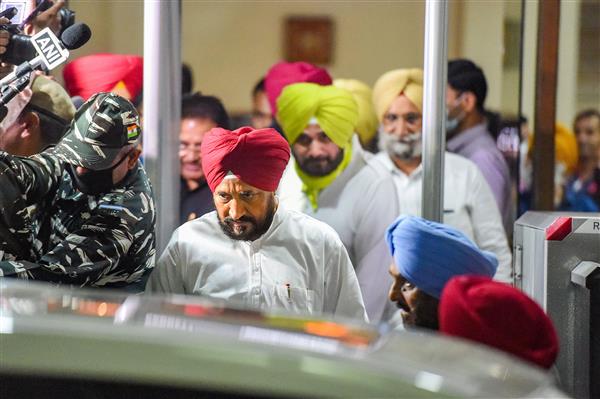 Within days of removing Capt Amarinder Singh as the Chief Minister and replacing him with Charanjit Singh Channi, Congress leader Rahul Gandhi had remarked the crisis in Punjab unit had been resolved.

After the initial euphoria, fissures appeared among different groups that had been “brought together” by the party high command to unseat Captain Amarinder.

Party leaders strongly feel the Gandhi scion apparently went off the mark in understanding the hidden aspirations of party leaders in Punjab. Hours after Channi took over as the Chief Minister, different pressure groups became active in selection of names of other Cabinet ministers, getting the desired portfolios — besides shortlisting the name of officers for top administrative posts.

The delay in finalising names of Cabinet ministers, selection of the Advocate General (AG) and Director General of Police (DGP) due to apparent differences between PCC chief Navjot Singh Sidhu, CM Charanjit Singh Channi and Deputy CM Sukhjinder Randhawa indicates differences over the choice of candidates.

Ahead of Channi’s selection as the CM, the narrative of “Sikh versus Hindu” face was pushed by pressure groups to manipulate the criteria for selection for the top post. With Channi, a Dalit face, in the saddle, Jat aspirants for the CM post are now lobbying keeping in mind the 2022 Assembly elections. — TNS