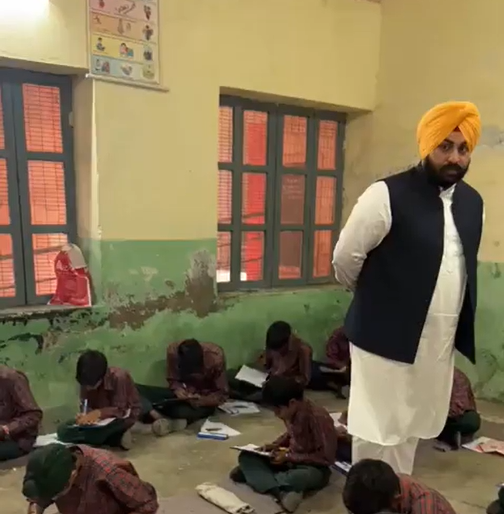 He interacted with students and teachers to enquire about the shortcomings in infrastructure and the problems being faced by them.

The teachers apprised him of the problem of waterlogging due to which the school was closed for several days during the monsoon season.

They also raised the issue of clean drinking water.

Bains also took note of the shortage in furniture as a few students were sitting on the floor mats in some classes. He assured the school staff that the issues would be resolved as soon as possible.

On July 4, Chandigarh Tribune had first highlighted, ‘Kharar smart school bogged down by slush’. The Government High Smart School, Desumajra, in Kharar, had been shut for four days as waterlogging due to rainwater and sewage disposal had ravaged the school complex. As a result, no classes could be held at the school, affecting nearly 1,000 schoolchildren.