Punjab farmers to attend UP mahapanchayat : The Tribune India

Punjab farmers to attend UP mahapanchayat

Muzaffarnagar mahapanchayat is being held as part of ‘Mission Uttar Pradesh’ against BJP, ahead of UP Assembly elections next year 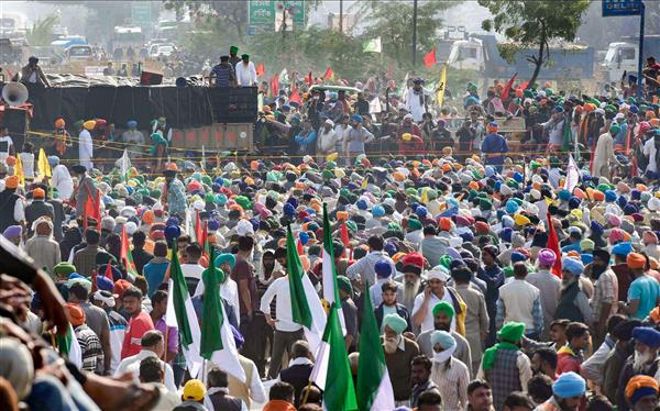 A day after the Samyukt Kisan Morcha (SKM) called for a huge protest on the first day of its All-India Convention at Singhu, preparations have begun for participation of Punjab farmers at the mahapanchayat at Muzaffarnagar in Uttar Pradesh (UP) on September 5.

The Muzaffarnagar mahapanchayat is being held as part of the ‘Mission Uttar Pradesh’ against the BJP, ahead of the UP Assembly elections next year.

It is the first UP mahapanchayat to witness the presence of such a huge number of Punjab farmers. A decision regarding this was taken at the second day of the All-India Convention at Singhu today. In Doaba, mobilisation for the mahapanchayat has begun at the ground level.

Our union alone will take 100 to 200 vehicles to Muzaffarnagar. This is the largest ‘jatha’ we are taking for a mahapanchayat in another state. —Balwinder Singh Raju, Farmer leader

Farmer leader Onkar Singh, general secretary, BKU (Rajewal), said, “During the convention, it has been decided that farmers in large numbers will gather at the UP mahapanchayat. It has been nine months and over 600 farmers have died. The Muzaffarnagar rally is an extended call to all farmers of the country.”

He said it was also decided during the convention that the SKM should have units in each state and district of the country. Balwinder Singh Raju, president, Majha Kisan Sangharsh Committee, said, “Our union alone will take 100 to 200 vehicles at the panchayat. We will start on September 3 or 4 and a huge cavalcade will head to Muzaffarnagar. This is the largest jatha we are taking for a mahapanchayat in another state.”