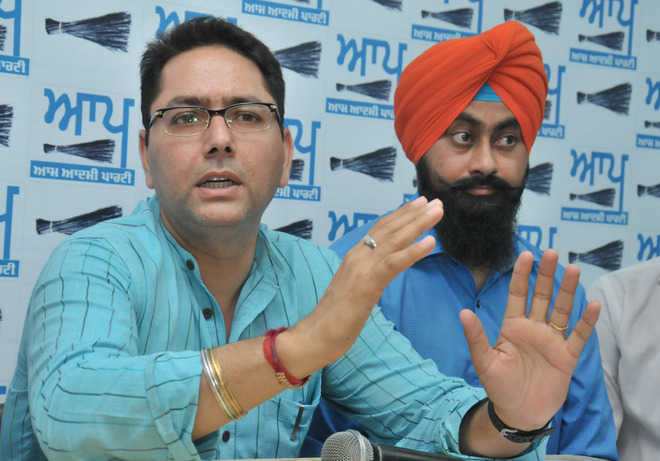 Amid a rising confrontation between Punjab’s AAP government and the BJP-led Centre, state’s New and Renewable Energy Minister Aman Arora has not been given the mandatory political clearance to travel to Belgium, Germany and the Netherlands.

Why is the BJP so insecure about the AAP leadership? The trip on green tech would have helped state in its eco-friendly initiatives. —Aman Arora, energy minister

Arora was to travel to these countries from September 24 to October 2 to get exposure to the developments in the green hydrogen sector across Europe, and interact with experts on different aspects of green hydrogen deployment. The study tour was sponsored by the Indo German Energy Forum, it is learnt.

Earlier, the Centre had denied permission to AAP convener Arvind Kejriwal to visit Singapore to represent India at the World Cities Summit. Sources said no explanation had been given for denial of the clearance to Arora by the Ministry of External Affairs.

An Assam-based IAS Officer has also not got the clearance to travel. Talking to The Tribune, Arora said, “On one hand, the Centre and several agencies are castigating Punjab and its farmers for adding to pollution and, on the other, they are not allowing us to get updated on latest green technologies available globally for use in the state. Without spending a penny from the exchequer, we would have gained knowledge to help in our eco-friendly initiatives.”

The sources said the fiasco in Germany during the recent visit of CM Bhagwant Mann could have influenced the decision. A statement was issued on behalf of the CM that BMW was willing to set up a plant in Punjab, which was later denied by the car maker.