Harbhajan Singh, a contact of first casualty Baldev Singh, dies; no new case in past 48 hours 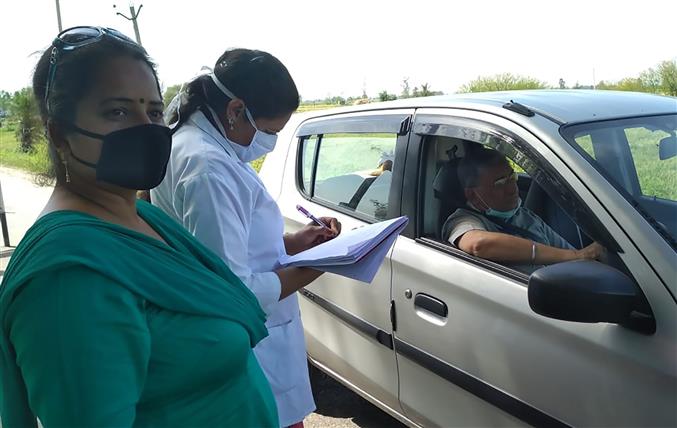 Punjab reported second fatality due to coronavirus on Sunday with the death of Harbhajan Singh, a contact of Baldev Singh who was the first patient to succumb to the infection, even as no new confirmed case was reported for the consecutive second day in the state.

Harbhajan Singh, a 62-year-old priest, was an associate of Baldev Singh. While Baldev Singh was the first COVID positive patient to die in Punjab, the Moranwali priest, his close associate and a regular at the Pathlawa dera, was among the six persons to test positive at Hoshiarpur.

Harbhajan Singh’s wife, son and daughter-in-law and a neighbour had also recently tested positive for COVID and are receiving treatment at Hoshiarpur. Harbhajan Singh was diabetic and also suffered from hypertension.

Confirming the death of Harbhajan Singh, Amritsar Deputy Commssioner Shivdular Singh Dhillon said, “Harbhajan Singh, patient Baldev Singh’s contact, has died here this evening. The patient had a previous history of diseases, including hypertension and diabetes. The Hoshiarpur administration had referred him after which he was being treated.”

While the total tally of patients infected due to Baldev Singh in the state is at 29 — 19 at Nawanshahr, four at Jalandhar and six at Hoshiarpur – Harbhajan Singh is the first from his ontact list to die.

Meanwhile, The number of confirmed cases in the state remained 38 witn no new case during the past 48 hours. However, result of 190 suspected cases are still awaited.

According to the latest media bulletin issued by the state health department, so far 977 samples have been collected out of them 38 were found positive and 749 were negative.

And the result of 190 is still awaited. All the confirmed cases have been hospitalised. According to the state health bulletin, the condition of one of the positive cases is critical but stable.

The health officials said the case of 21-year-old man of Ramnagar village in Ghanaur block of Patiala district, who was tested positive for COVID-19, will not be counted in Punjab.

He had been living at his native village in Patiala before he was admitted to Ambala Civil Hospital.

As his native village was close to Ambala Civil Hospital therefore he chose to go there.

Dr Gagandeep Singh Grover, state nodal officer for COVID-19, said he will be counted in Haryana as per the guidelines of the Government of India.

However, district health department, in a press release, admitted it as a first positive case of the Patiala district.

In the press release, Patiala Civil Surgeon Harish Malhotra said that after he received test report from Ambala Civil Surgeon, he immediately sent his team to his native village. The team took his close contacts to Government Rajindra Hospital for isolation.

At present the spread of the disease is limited to six districts only.

Out of 22, 16 districts are disease free. At present, confirmed 38 cases have been reported from five districts.

This includes 19 from SBS Nagar, six cases each from Mohali and Hoshiarpur, five from Jalandhar and one each from Amritsar and Ludhiana.

Apart from that in wake of the novel coronavirus pandemic, the Punjab Government has directed to waive off the process of biometric authentication of the patients before getting treatment from the empanelled hospitals under the Sarbat Sehat Bima Yojna (SSBY).

Giving details in a press communiqué, Health Minister Balbir Singh Sidhu said the process of bio authentication of the patient at the time of admission or discharge has been waived off temporarily in the safety interest of the patients who are eligible under Sarbat Sehat Bima Yojna.

The registration of the patients under the scheme would now be done based on the e-card number only. All the empanelled hospitals have been informed about the decision.

In a major relief for the victims of drug abuse during this challenging time of novel coronavirus (COVID- 19), the Punjab Government has permitted 198 OOAT clinics, 35 government de-addiction centres and 108 licensed private de-addiction centres to provide take-home dose for 2 weeks of medicine Buprenorphine + Naloxone to the registered patients of substance abuse after assessment by the psychiatrists.

Disclosing this here today, Health Minister Balbir Singh Sidhu said that instructions have already been issued to the all deputy commissioners in this regard.

Sidhu said most of the centres are functional and distributing medicine to the patients.

In last two days, average dose per patient in government centres is 11.4 tablets against daily average dose of 3.2 tablets, due to take home dose.

Number of BPN tablets dispensed by government centres in the last two days is around 3.09 lakh tablets and by private centres 5.68 lakh.