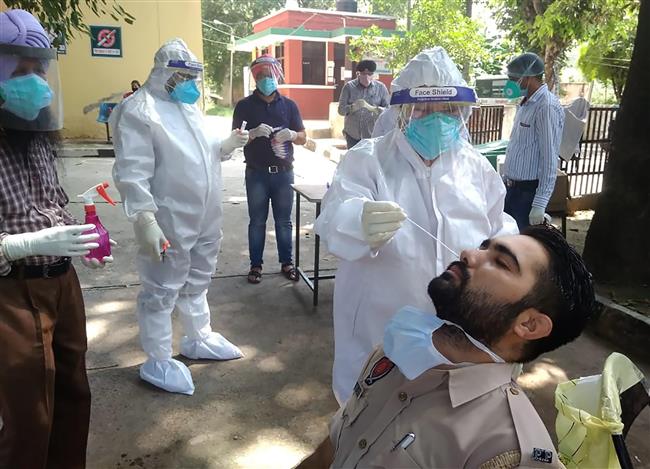 The number of deaths is almost twice the daily fatalities it had been reporting lately, and has taken the state’s death toll to 1,618.

All of Punjab’s districts reported new cases, with Ludhiana still having the highest infections at 242. Jalandhar (171), Patiala (160), SAS Nagar (112) and Bathinda (163) all reported COVID-19 cases in triple digits.

Punjab has been seeing a significant rise in coronavirus cases since August---the state’s cases have risen over 250 per cent since the end of July.  The state has also added 1,332 deaths over that period---a 345 per cent rise.

Sixteen of Punjab’s 22 districts have over 1000 cases.

Three districts with the highest number of cases---Ludhiana, Jalandhar and Patiala---account for 43 per of the state’s infection total.

Ludhiana alone accounts for nearly 20 per cent of the state’s total cases and 27 per cent of its deaths.

About 27 per cent of the state’s cases are still active.