Govt reaches out to 98% of 1.41 crore PMGKAY beneficiaries 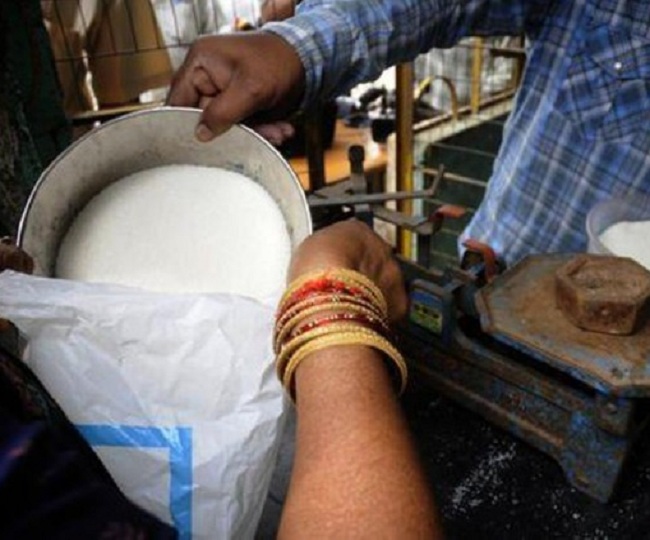 The Punjab Government has surpassed food distribution at the national level, both in terms of reaching out to the needy and quantity of food disbursal during the lockdown imposed in the wake of the Covid-19 pandemic. Photo for representation only.

The Punjab Government has surpassed food distribution at the national level, both in terms of reaching out to the needy and quantity of food disbursal during the lockdown imposed in the wake of the Covid-19 pandemic. On Tuesday, Prime Minister Narendra Modi had extended the Pradhan Mantri Garib Kalyan Ann Yojana (PMGKAY) till November.

Almost 60% of the state’s population has received benefit of Centre’s two food distribution schemes — the PMGKAY and the Atmanirbhar Bharat. The state government also distributed food packets among migrants.

Figures available from the Ministry of Consumer Affairs, Food and Public Distribution, show that 85% of wheat and 75% of dal have been distributed across the country under the PMGKAY. Under the Atmanirbhar Bharat food distribution scheme for migrants, only 12% beneficiaries have benefitted.

“Punjab is a food bowl of India. We have already distributed additional ration (5 kg of wheat and one-kg dal per person) under the PMGKAY for three months (April- June),” said Food and Supplies Minister Bharat Bhushan Ashu.

“Under the Atmanirbhar Bharat, we could have achieved higher targets if we did what the Centre had directed (distribute 10-kg wheat and 2-kg dal per household of five persons). However, we reduced the unit size to per person and supplemented the food to be given. We distributed 17 lakh packets, 10 kg of wheat flour , two kg of sugar and two kg of black gram/ pulses per person (migrants),” he said.

Anandita Mitra, Director, Food Supplies, said, “Punjab procured 400 metric tonnes of dal, paid grinding cost of wheat into flour and 14 lakh kg of sugar for distribution. The state government has spent Rs 69 crore from its own kitty, besides spending another Rs 18 crore for supplementing the Atmanirbhar Bharat scheme.”

Officials said all 14 lakh beneficiaries would get food packets in a week.